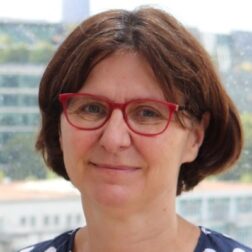 Agnès Bénassy-Quéré is chief economist at the French Treasury, and member of the Bruegel board. She was a Professor at the Paris School of Economics – University of Paris 1 Panthéon Sorbonne, and the Chair of the French Council of economic analysis. She also served as a Deputy-director and as a Director of CEPII and is affiliated with CESIfo and IZA. She is a Member of the Commission Economique de la Nation (an advisory body to the Finance minister), of the French macroprudential authority and of the Banque de France’s Board. Her research interests focus on the international monetary system and European macroeconomic policy.