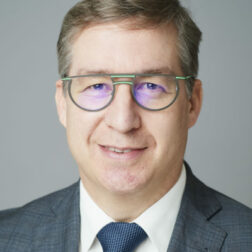 Prior to joining Finance Watch in 2021, he served as a Senior Adviser in Communications at Brussels-based savings and retail bank lobby ESBG. Before then he managed communications and press relations efforts at HSBC in Chicago and London. He started his public affairs career at the Federal Reserve Bank of Chicago. In a previous life he was a local beat reporter for the French daily paper Le Dauphiné Libéré. He studied economics at the University of Illinois-Chicago graduate school, received a master’s degree in managerial communications from Northwestern University and a bachelor’s in economics from the University of Minnesota-Twin Cities.