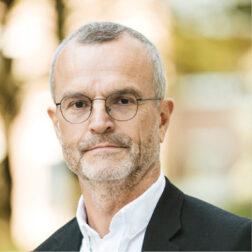 After graduating from Institut d’Etudes Politiques de Paris and training as an economist (Master’s degree in economics), Thierry Philipponnat started a career in finance in 1985, holding different positions in commercial and investment banking, working successively for BFCE, O’Connor & Associates, Exane, UBS Ltd and BNP Paribas. In 2004 he was appointed global head of equity derivatives of Euronext.liffe and a member of the executive committees of Euronext in Paris and LIFFE in London.

In October 2019, Finance Watch appointed Thierry Philipponnat as its Head of Research and Advocacy. In January 2022, he was appointed Chief Economist.

Participated in these publications

In its letter to the ISSB on the exposure drafts for international financial reporting standards on sustainability and climate-related disclosures, Finance Watch emphasises that a fundamental change in the outside-in...

Participated in these articles