The banking union is an ambitious project.

It aims to build a resilient banking system that is capable of serving the European economy and to end the absurd vicious circle in which banks finance Member States but depend on the very same Member States to bail them out in times of hardship, notably when Member States cannot repay their debts.

It is also an ambitious project from a technical point of view. In this respect, it involves three parallel processes being put in place. 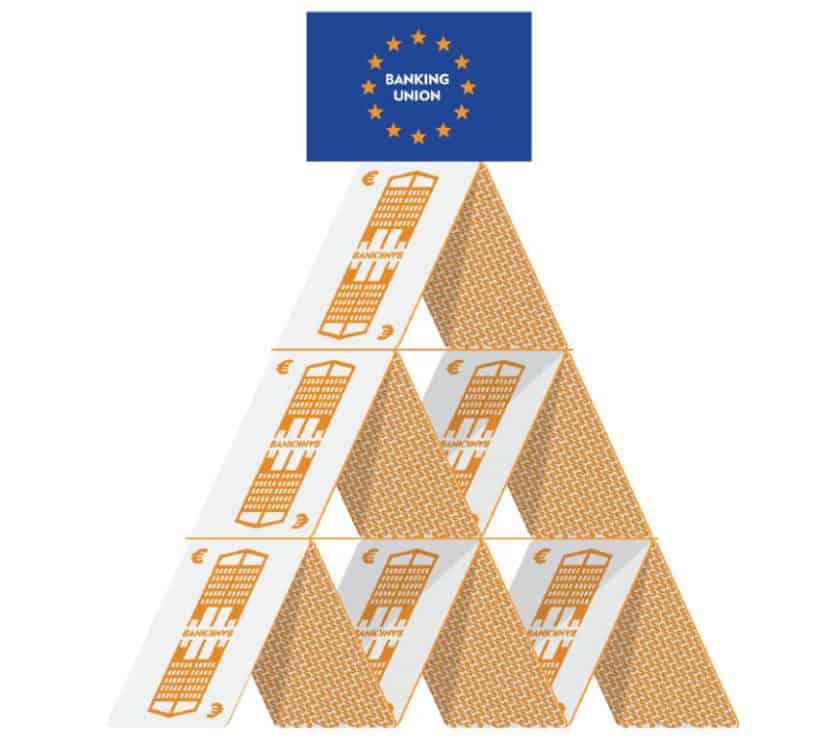 Banking Union is also an ambitious project from a political perspective. It involves building a system of mutualized deposit insurance and a European framework to preserve the continuity of the banking system irrespective of the nationality of the distressed banks. The project builds on the Directive on Bank Recovery and Resolution, which focusses mainly on the attribution of bank losses to shareholders and creditors instead of taxpayers. This directive is excellent in principle and, notwithstanding its defects, it does represent a step forward. Regrettably, following the imponderables of the Brussels negotiation process, it has been deprived of some of the technical measures that would have ensured the protection of the taxpayer in all possible scenarios.

The difficulty in establishing a banking union can be understood when one ties together its different components.

A banking resolution framework should not be solely left in the hands of politicians, and even less of national interests. The resolution of a bank is a difficult moment; it is a moment of crisis when multiple and considerable pressures are in play. A politician cannot realistically handle these technical and arduous questions in a very short timeframe, while resisting outside pressures.

Regrettably, the compromise reached at the December summit resulted in a system that is too complex and which is driven by the Council, a political institution driven by national interests. It is a safe bet that this system will not work if it is one day put to the test by a major banking crisis.

Additionally, giving the final say to national politicians will encourage banks to hold sovereign debt issued by the state upon which they depend. Not only will this result in a failure to break the vicious circle between banks and states, which is the primary objective of the banking union, it will also lead to more fragmentation in Europe’s financial markets.

Is the glass, then, half full or half empty?

Half full, if we consider the agreement on single supervision and the directive on banking resolution which, however imperfect, constitute significant progress. It should be acknowledged that filling this half of the glass has been a major achievement for the initiators of the reforms. But the glass is half empty if we consider the weakness of the resolution framework that results from the compromise and, more importantly, the lack to date of a genuine reform of the structure of European banks whose size, complexity and level of interconnectedness deprive the resolution framework of its credibility.

“Credibility” is the key word in banking resolution and, beyond the necessary improvement of the resolution framework, as long as the question of banking structure and interconnectedness is not resolved, it will be illusory to think that a banking union would be able to protect our societies from the effects of a major banking crisis.