Our banking expert Christian Stiefmüller is having a hard look at the latest, allegedly “toughest” of all EU bank stress test and tempers the overly rosy picture of the condition of the banking sector by a reality test

On 2 November, the European Banking Authority (EBA) published the results of its 2018 stress test, which involved  48 European banks – 33 from countries in the Euro area, the remainder from other EU countries and Norway covering broadly 70% of total EU’s banking sector assets. The sample of this EBA test consists of institutions with total assets in excess of EUR 30 bn but excludes Greek and Portuguese banks and certain banks undergoing restructuring.

Four Greek banks classified as ‘significant’ were tested by the European Central Bank (ECB) already in May, under a similar set of assumptions, although the disclosure of results was much less detailed than for the EBA’s Stress Test and limited, effectively, to headline numbers.

Results of some 60 smaller banks not disclosed

Concurrently to EBA, the ECB conducted a similar stress test on a second sample of approximately 60 smaller, but still ‘significant’ banks in the Euro area that are supervised directly by the ECB under the Single Supervisory Mechanism (SSM). The results of this stress tests have not been disclosed, which is regrettable. This ‘second tier’ of ‘significant’ Euro area banks has proven in the past to be at least as vulnerable as the largest, ‘global’ and ‘other systemically important’ institutions and has produced some of the costliest taxpayer-funded interventions of recent years (vid. Veneto Banca and Banca Popolare di Vicenza). Their health is without doubt a matter of public interest.

Elephants in the room: Sovereign debt exposures and non-performing loans

The parameters of the 2018 Stress Test have been tightened in comparison with the 2016 exercise, in particular the assumptions of the ‘adverse scenario’. We welcome this more cautious stance which seems appropriate against a background of slowing growth and increasing macroeconomic risk. Nonetheless, the design of the 2018 Stress Test has given a wide berth to two of the biggest “elephants in the room”, sovereign debt exposures and non-performing loans (NPLs). 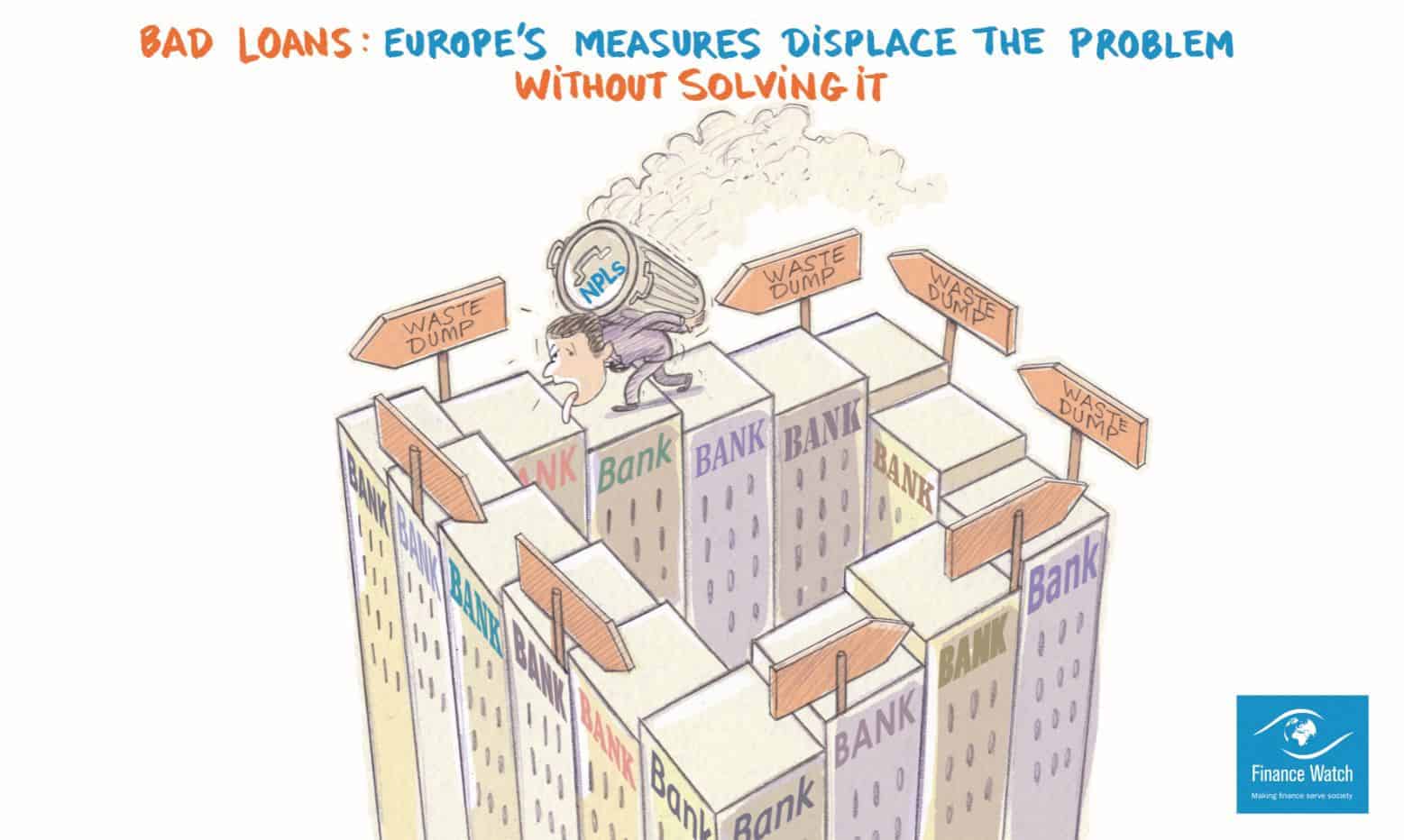 In its adverse scenario, the test does not account for the potential impact of a material ratings downgrade of the sovereign debt of a Member State on banks’ balance sheets. Large holdings of low-rated sovereign debt have been highlighted regularly in recent times as a major source of systemic risk in the EU and within the Euro area, in particular. Testing banks’ resilience to this scenario, e.g. in a ‘severe adverse scenario’ would have appeared prudent.

It is widely known that the EU banking sector continues to be weighed down by EUR 730 bn of NPLs. Exposure to NPLs is highly concentrated, both geographically – in certain Member States – and in individual institutions – with some banks’ NPL ratios standing at a multiple of the EU average of 3.6%. The test design nonetheless allows banks to account for interest on non-performing loans (NPLs), which may, in reality, never be recovered.

Looking at the results, the 2018 Stress Test is, at first sight, reassuring in that none of the banks in the sample breaches the declared minimum level of 5.5% CET1, even in the ‘adverse scenario’. Featuring much less prominently, however, is the fact that four of the 48 banks failed to meet the minimum Leverage Ratio of 3% in 2018 under the ‘adverse scenario’ (2019: five, 2020: six).

Whereas the Leverage Ratio does not (yet) constitute a binding capital requirement under the current EU legal framework it will become mandatory in the EU in 2019, in line with relevant international standards. The Leverage Ratio provides a more neutral measure of capital strength that is less dependent on banks internal risk models. The fact that a significant number of banks in this sample are at risk of breaching the not at all taxing threshold of 3% in a downturn is a cause of concern that deserves more attention than a single line in EBA’s 60-page report.

In our view, the 2018 Stress Test is trying too hard to provide reassurance to the public. In its design, as well as in the presentation of its results it paints a somewhat selective and, arguably, overly rosy picture of the condition of a sector that is still far from safe.

If the intention of this exercise is, among others, to provide the public with a comprehensive picture of the health of the banking sector in order to dispel lingering doubts and restore trust, EBA and ECB should extend testing to a broader sample, taking in ‘significant’ and ‘other systemically relevant’ institutions across all jurisdictions and disclose their results in full. For a more robust analysis, leverage-ratio based results should be given equal consideration to outcomes based on risk-weighted models.

Bank Capital – the return of the myth

“’Would you mind holding this for me?’ The (increasingly desperate) search for an answer to Europe’s NPL problem”

Brussels, 8 June 2018 – Finance Watch published today a detailed analysis of the European Commission’s package to tackle Non-Performing Loans (NPL): “’Would you mind holding this for me?’ The (increasingly desperate)...