Photo by rawpixel on Unsplash

This article is part of a series of blogs on “Better Regulation” that started with this introduction.

The Better Regulation package proposed by the Commission on 15 May 2015 is a response to President Juncker’s pledge to make decision-making in the European Union more democratic.

The Better Regulation initiative (including the inter-institutional agreement now renamed to Better Law-making) is one of the flagship initiatives of the Commission showing strong political commitment to make sure that the actions taken at the EU level will be effective, transparent and inclusive through the whole policy cycle.

The business lobby has welcomed the initiative but many civil society organizations are skeptical. See, for example, our blog on some of the issues regarding impact assessments.

One aspect in the package is the idea of bringing more transparency and stakeholder involvement by increased the amount of consultation that takes place during the legislative process. The package creates additional opportunities for stakeholders to express their opinions through the whole lifecycle of the policy. The multiplication of public consultations and extension of deadlines to submit the answers during the decision-making process are as follows:

The Commission will create a website for people interested in European policymaking to engage with policymakers and provide information about the need to reduce red tape. And it will create an automatic warning system so that parties can react and provide expertise and opinions as each decision-making process launches.

Generally the willingness to improve transparency through stakeholder engagement is a positive step, especially given the politically appealing argument that transparency can increase public perception of legitimacy. It was often pointed out that the EU’s decision-making process lacks legitimacy because the engagement of stakeholders is not truly representative and their involvement in the process is often merely symbolic (the ‘democratic deficit’). 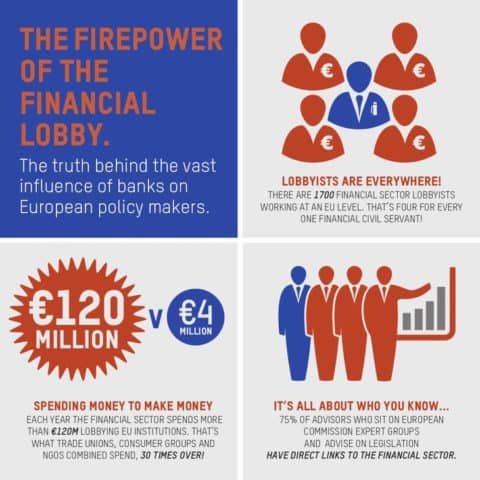 The thinking is that if stakeholders and citizens come to see the process as fairer and more transparent because their opinions and values are being heard and they have a better understanding of the process, they will be more committed to achieving these outcomes. Transparency may increase people’s sense of control by increasing the public’s understanding of decisions.

However, the idea of transparency and stakeholder involvement as originally proposed by the Commission has not in our view achieved a satisfactory balance of equal representation between industry and NGOs/citizens.

This is because the Commission’s plan to increase the number of consultations is likely to benefit mainly industry stakeholders. Stakeholder engagement is constrained by the financial and other resources available, which is a critical factor where NGOs have to match their resources to the greater firepower of the industry lobby.

The danger is that increasing the number of consultations will put poorer stakeholders (NGOs and citizens) at a disadvantage relative to industry stakeholders. This will unbalance the consultative process and could significantly reduce the benefits of inclusive policymaking that the Commission envisions.

We fear that the Commission’s plan to create additional consultations, rather than reducing information asymmetries, could actually make them worse by increasing the industry’s informational and resources advantages.

Therefore, the benefits of greater transparency need to be weighed against the risks of a less balanced lobby landscape. Giving stakeholders more opportunities to express their views will not necessarily make the process more inclusive; it could make the system more burdensome for civil society counterweights including NGOs, consumer groups and trade unions.