30 years after Maastricht, Finance Watch calls for a change to the EU’s fiscal rules

The Maastricht Treaty, signed on 7 February 1992, created the European Union. It was designed to bring Europe closer together. But 30 years on, there is a risk that the rules it created will tear the European Union apart.

The treaty imposes fiscal rules that dictate how much member states can borrow and spend. During the Covid-19 pandemic, they were suspended, so that member states were able to respond to the crisis and keep their economies afloat.

The spending and borrowing rules may have made sense in 1992, but the European Union, and the world, are very different now.

Created in a time of high inflation and high cost of debt, the Maastricht fiscal rules are unnecessarily restrictive in today’s environment of historically low borrowing costs. They block the EU from reaching many of its objectives by preventing necessary investments.

The fiscal rules will not help the EU’s members to tackle the many challenges – including Covid-recovery, energy security and the race for Net Zero – that we face in the next three decades.

Benoit Lallemand argues that Europe must reform its fiscal rules or risk disintegration. 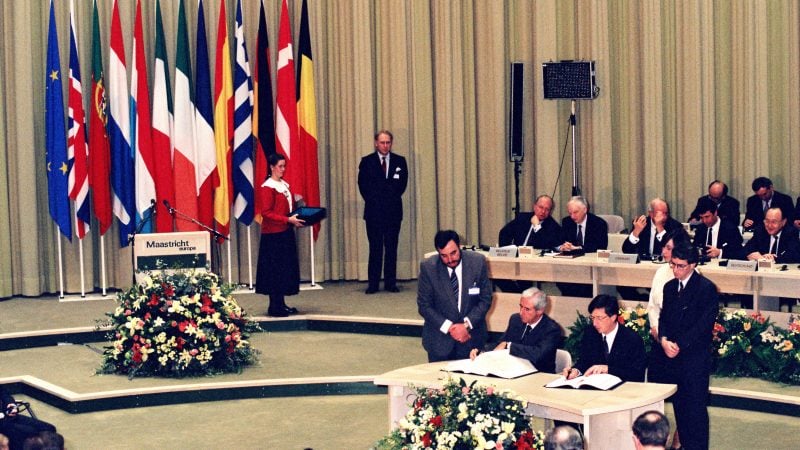 Joseph Stiglitz says that Europe should not return to pre-pandemic fiscal rules. A return to outdated fiscal rules, currently scheduled to happen in 2023, could spell disaster for Europe. At a time when we will need to invest more than ever to get our economies moving, limiting borrowing and debt ratios would instead stifle investment and usher in another needless age of spending cuts. This will leave young and vulnerable people in particular punished by spending cuts, creating a toxic mix of generational conflict, heightened inequality and increased nationalism and antagonism towards the European Union. And it would leave Europe totally unable to fund the infrastructural and technological transformations we need to tackle the climate crisis.

Finance Watch believes it’s time to abandon the current fiscal rules and start discussing a model that works for everyone. We’ll be leading that conversation. If you want to join us, sign the manifesto below.

Manifesto for a green and just economy

Europe needs an economy fit for the challenges of the 21st century. Fiscal policy should be an enabler, not the chain that holds economies back. Together with our partners we therefore drafted a manifesto that summarises the demands of civil society:

“The aim of economic policy across Europe must not be to simply reduce debt. The economy needs to serve the reduction of socio-economic, intergenerational and gender inequalities, the realisation of social rights and the protection of climate and environment. The EU’s fiscal framework should fully support just transitions and a systemic transformation of our economies and societies to keep global warming below 1.5°C.

The Maastricht Treaty, signed in 1992, and legislative changes following the global financial crisis, created strict fiscal limits that cap member states’ public debt and deficits. While coordinating fiscal policies is necessary in a monetary union, these rules, with new challenges facing Europe, are no longer fit for purpose.

We call on all civil society organisations, trade unions, think tanks and academics to sign the statement.