The conference was dedicated to banking regulation, opportunities and risks of capital market financing, and long-term financing solutions.

Over 200 participants from politics, industry, civil society and the media joined the one-day public conference “Banks and Financial Markets: Safe and Long-Term?“, organised by Finance Watch and Members (vzbv, DGB, WEED), to listen to and take part in a vivid expert panel-debate, moderated by Harald Schuman, Finance Watch Member and journalist at the German newspaper “Der Tagesspiegel”. The event was hosted by the Friedrich-Ebert-Stiftung in Berlin.

During the first debate on banking regulation panellists argued for additional measures to make banks safer, although opinions diverged over the best course of action: Whereas Martin Hellwig, Director at the Max-Planck-Institute for the Research on Collective Goods, focussed on the need for higher capital requirements, Finance Watch’s Senior Policy Analyst Paulina Przewoska argued for the need of structural reform as proposed by the European Commission.

Panellists during the second debate made it clear that much remains to be done in banking regulation. In passionate presentations, that were received with applause by the audience, the experts Peter Wahl from WEED and Arnoud W.A. Boot, Professor of Corporate Finance and Financial Markets at the University of Amsterdam, challenged policy makers to step up their game if they want to make financial markets safe in the long-term. In the course of the debate, Korbinian Ibel of the European Central Bank, received much attention from the audience, which was interested to hear more from the EU perspective.

The following debates were dedicated to the question of reviving investment via capital market financing, both Daniela Gabor, Associate Professor at the University of the West of England, and Alexander Barthel, representing German SMEs, were sceptical that capital markets could stimulate investment in the real economy as long as other conditions for real economic growth were not fulfilled. The German audience showed a strong interest in European dimension of this and was particularly interested in hearing the views of Martin Merlin, Director of the Directorate General for Financial Markets at the European Commission, who explained what has been done on EU level so far and what can be expected next. 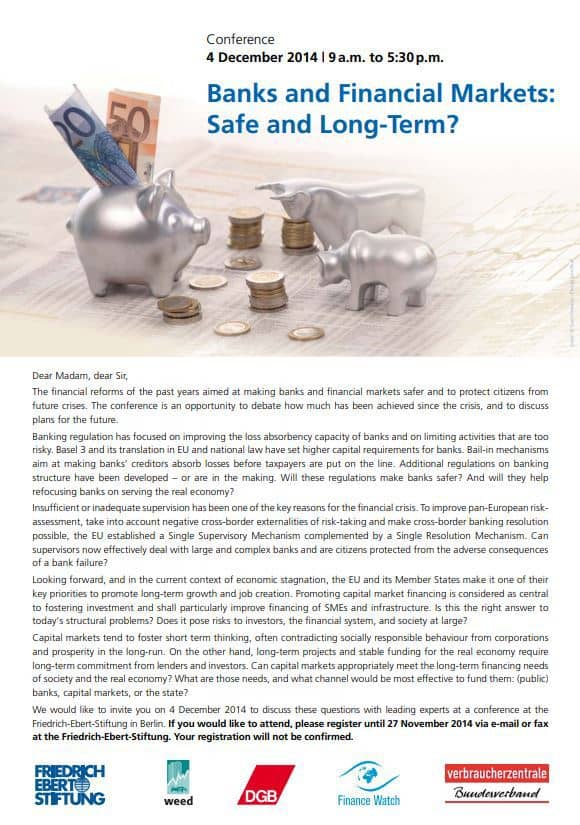 On the final panel on long-term financing solutions to investment, Stefan Körzellfrom DGB presented the proposal of the German trade Union Confederation for a “Marshall Plan for Europe”. This proposal suggested a programme that would include a modest wealth tax as well as the European financial transaction tax (FTT) to activate capital for productive investment. Körzell also highlighted the need for economic growth to enable investment to take effect. Both Members of the European Parliament, Udo Bullmann (S&D) and Markus Ferber (EPP) had reservations regarding the DGB’s investment plan and instead waged the question of whether states should borrow money to invest in infrastructure, or if they should activate Public-Private Partnerships, which the panellists acknowledged came at a higher long-term cost to tax payers.

More information on the programme and the venue are available here.

The conference was dedicated to banking regulation, opportunities and risks of capital market financing, and long-term financing solutions. 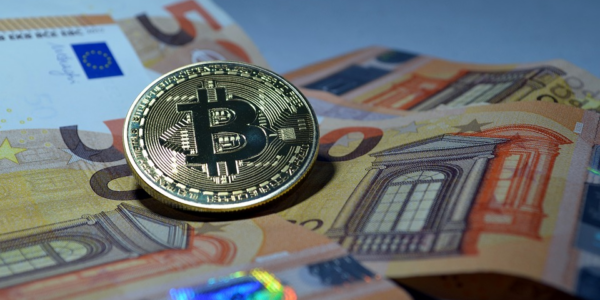