Guest post by Andrea Baranes, former member of the board of directors of Finance Watch

While green finance is on top of the agenda, proposals for meaningful reform of the financial sector have simply withered away. What the EU institutions are talking about is “green finance” at best but it is as unsustainable as it has ever been.

“Another milestone in our journey towards a more sustainable and green society”. These are the enthusiastic words used by the EU Commission to present the latest documents in its work on sustainable finance.

These include the non-binding guidelines on reporting of climate change information as well as three new reports from the Commission’s Technical Expert Group: one on green taxonomy, another on green bonds standards, and one on climate benchmarks.

According to the Commission, these documents are an important step in mainstreaming sustainability in financial regulation. At first sight, we couldn’t agree more. Action on climate change is both necessary and urgent. While governments and the public financial sector carry the main responsibility for taking action, the private financial sector must play its part, shifting from being a major part of the problem to becoming a part of the solution. We must act, and we must act now. The climate change challenges have been known for decades but the window of opportunity to save the planet is closing rapidly. Any effort is therefore very welcome and must come with courage and ambition. This is why the EU’s initiatives have to be sustained and reinforced by all available means. 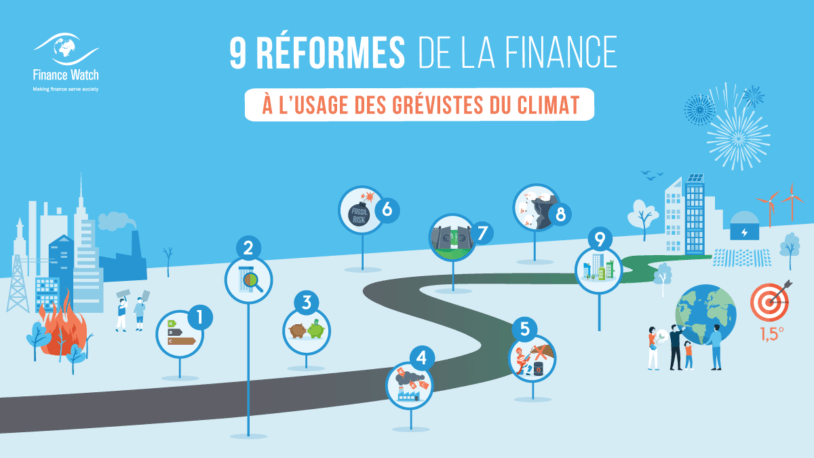 Read our latest Beginners’ Guide for explanations on sustainable finance

While it is fundamental to take into account the “green” issues, much more can be done in line with the ambition required. In parallel with the green taxonomy (which could be delayed by two years), we should work on a “brown taxonomy” of the most polluting and impacting activities. The global divestment campaign is involving more and more institutional investors seeking to change how they invest in such activities. Given that the value of fossil fuel companies is based partly on the value of their stranded assets, financial risks are becoming just as evident for institutional investors and their clients as environmental risks.

At the same time, the analysis has to be broader. As important as they are, climate and the environment is just one aspect of sustainability. As a first step, the traditional “ESG” approach should be more widely adopted, where the full range of environmental, social and governance issues are considered, along with their mutual relations and interactions. Instead of some references to the S and G parts appearing here and there on the documents, much more has to be done, starting from a social taxonomy to identify the positive and negative impacts of financial investments.

But ESG alone is not enough. Even with full ESG disclosure, we are missing the elephant in the room – that the financial system itself is not sustainable on its own terms. Finance is not just any other activity or productive sector. It is too often characterized by a detachment from the productive economy, by the volatility and instability of its markets, and by the short termism of its operations, as well as the continuous crises it provokes.

It is hard to fathom how such a crucial dimension of sustainability could be missing from any document or paper released by the EU institutions. Evidence of unsustainable, extractive financial activities are easy to find: if we look at derivatives, only 10% are used for the original purpose of risk management – the remaining 90% is pure speculation. Only a small part of the commodity trading is the work of a physical hedger, the rest is speculative trading. The same could be said for several other financial instruments and markets. 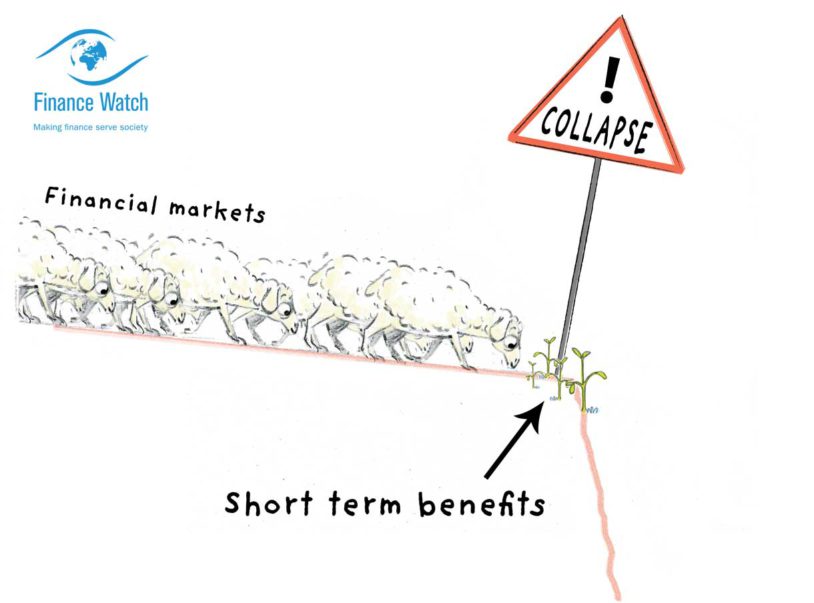 Herding behaviours on financial markets – from our latest Beginners’ Guide

Yes, climate change is a fundamental issue and we must welcome the commitment of EU institutions to address it. But if we insist on identifying sustainability with environment or climate change, we miss the social and governance aspects and, worse, 99% of the rest of the picture.

Let’s get it straight: high-frequency trading or speculative trading of commodity derivatives by hedge funds in tax havens, for example, have little environmental impact but according to EU definitions could be perfect examples of sustainable finance!

Even if we were to look only at climate change, the short termism of the financial markets is probably the main driver behind the environmental impacts of the productive economy. The only goal of many companies has become the daily maximisation of their share values on the stock market. Any long-term objectives, as well as any environmental or social goals, have to be put aside to satisfy the ever-growing appetite for short-term financial profits.

The main problem is that the narrative on “sustainable finance” is in fact hiding the lack of commitment to closing the financial casino. While green finance is on top of the agenda, proposals for meaningful reform of the financial sector have simply withered away. The proposal for a financial transaction tax is stuck in indefinite debates; the separation between investment and commercial banks has been abandoned. Several other examples could unfortunately be given.

Even more worryingly, the rhetoric of “more finance and fewer rules” to foster economic growth is back, almost incredibly given the disasters that followed the previous episode of laissez faire regulation. Ten years after the subprime and global financial crises we have completely forgotten the lessons – if they had ever been learned. This is simply unacceptable. We need to change finance. As a first step we need to deeply change the narrative around “sustainable finance”. What the EU institutions are talking about is “green finance” at best, but it is as unsustainable as it has ever been.

Read our report “#10yearsAfter – Back to Business as Usual”

More and more research and expert opinions predict that we are heading towards another financial crisis. The main economic indicators show a situation dramatically similar to 2007: an excess of debt (mainly private debt), securitization of risky and non-transparent financial products, short termism and, more broadly, an ever-growing detachment between the financial markets and the real economy. An important and worrying difference is that most countries still carry the wounds of the last crisis and simply could not afford the same level of public support for recovery and bail-outs of the banking system. The next global crisis may be just around the corner and it could be even worse than the one ten years ago, while we are still suffering from its impacts and consequences.

But apparently there is no need to worry. The next crisis may be devastating, cause social disasters, unemployment and widespread poverty. It may throw us all into years of recession and increased inequalities. Luckily though, according to the EU institutions, it will be a perfectly sustainable global financial crisis. 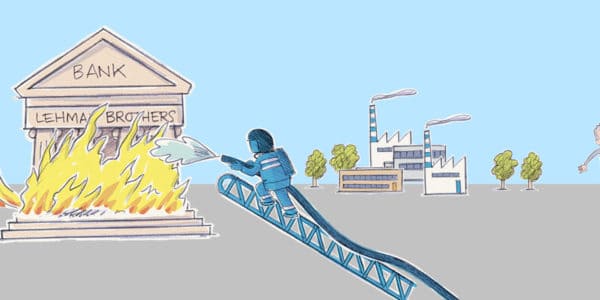