Since January 2015, Finance Watch has a new Secretary General: Christophe Nijdam. If you want to get to know him – what he did before joining Finance Watch and his views on reforming finance – we invite you to read this interview.

You will learn more about his time as a banker in New York, his views on markets, and how today, he is still convinced that finance, when it is done properly with the right incentives and the right time horizon, can be a very powerful tool for economic progress.

Welcome to Finance Watch, Christophe. After one month, what do you think will be the most challenging aspect of your new job?

We have to make sure that policymakers understand that if we want growth and jobs we need effective regulation. The financial crisis destroyed jobs by the million and was detrimental to economic growth. This was not because of regulation, but because of lack of regulation. 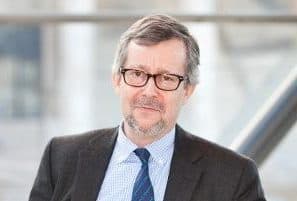 So you think we have learned our lessons from the crises? Why is it so difficult to set in place strong rules?

When we look back to the systemic crises, we can see that most of the G20 agenda that emerged was set up to avoid this happening again. The problem is that something got lost in translation.

Once the financial and Eurozone crises had been temporarily halted, mostly through bail-outs of one kind or another, there was the illusion that everything was under control. Many people thought that maybe it was no longer necessary to regulate the financial institutions as the G20 first required. And that is when complacency crept in and we became less vigilant, less concerned about the need to regulate.

In this environment, financial lobbyists could go to work, pleading for less regulation or weaker regulation, even claiming it was in the public interest when the opposite was the case.

Going back to when the deregulation agenda started in 1980s: At that time, you were working for a number of big banks in New York. How did you see this move towards liberalisation of the financial sector back then?

Being right inside the sector while the financialisation of the economy took off, my belief at that time was that liberalised markets could indeed be more efficient than highly centralised markets. You should not forget that in those years we still had the Iron Curtain and two politically and economically different systems that were confronting each other. On one side the Soviet Union, the centralised economy, and on the other side the “free world” with free markets. So in those days, I believed that the latter framework was superior to all other economical organisation. That is what I thought at the time, but later on I learned some very different lessons.

How did your perception from then evolved over time?

Later on, probably starting from the mid-1990s onwards until the 2008 crises, even though I was a free market advocate, I started to feel that some of the free market consequences were going awry.

For instance, the derivatives market where I worked was really going wild at that time. Another example is how the compensation of people working in the financial industry shot up with no link to the utility of those functions for society.

Due to this and other developments, we lost a lot of ethics in the industry and people were just thinking about one thing: how to make a quick buck as soon as possible, without thinking about the possible catastrophic consequences for the rest of society.

So from the mid-1990s on, I realised that, yes, free markets are better than centralised markets, but free markets cannot regulate themselves, especially with such wrong financial incentives. So we do need free markets, but regulation is the key to making them serve society.

After leaving the banking sector and before joining Finance Watch, you worked for twenty years as a financial analyst. What was your motivation?

As a banker, I used to work mostly on the debt side of finance; on loans when I was a corporate banker and then on bonds and derivatives when I was an investment banker.

In the next part of my career, I wanted to get involved on the equity side. Being a financial analyst and a stock analyst requires a strong analytical capacity; you have to really understand a company’s business strategy behind its financial figures to put a price on its equity. So intellectually speaking, it was a further challenge for me and it was very interesting.

During that time, you also made yourself known as an independent expert voice, as a university teacher, book author and media expert. How important is financial education in your point of view?

I started writing some articles in the mid-1990s. In 1998, for example, I wrote an article on LTCM, a US hedge fund that was heavily involved in the derivatives markets and almost made the financial system collapse. At that time, the US government forced the banks to bail out LTCM to avoid the collapse. This was the beginning of me becoming vocal against the drifts of derivatives. In 1998, I also started teaching at [the Paris-based university] Sciences Po.

For me, financial education is key, but it is a long-term objective. Financial education is important for each individual to enjoy their economic freedom. The problem is that some people try to complicate finance to make it a field reserved for experts. But it does not have to be highly complicated! Our economic and financial reasoning should be based on common sense, on simple rules like “risk and return” or “if you do not understand certain things, then don’t invest in them!”

For me, this is also one of the reasons why Finance Watch plays such an important role: we cannot leave a minority of society taking advantage of their position by making things look extremely complicated. When experts say “please do not touch it, only we know how it works”, we can reply “we also know how it works, but we want to make it work for the benefit of society”.

Was this also your motivation to join Finance Watch?

I supported Finance Watch since its beginnings, as I was strongly convinced of the necessity for such an organisation. That is why in June 2011, when Finance Watch was created, I was closely involved with the initial individual founding members.

Becoming its Secretary General, I am very honoured and feel a certain pride to be engaged in a mission that I strongly believe in and that goes far beyond my personal interest.

In a nutshell, I am an ex-banker, somebody who has actually worked in the financial sector who is strongly convinced that the financial sector needs to be reformed. I have loved this profession but I saw that something went wrong in the last 15 to 20 years. That is why I want to change finance in a positive way, going back not to the middle ages but to a system that has functioned well in the past and can do so again.

In fact, it is because I like finance so much that I want to contribute to make it go back to serving society.