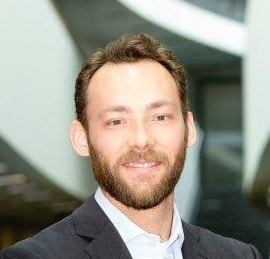 German policy-makers have passed preemptive legislation on banking structure with the aim of influencing the direction in which the EU should go. Christian Ahlers from the consumer organisation “Verbraucherzentrale Bundesverband” (vzbv, a Finance Watch member) argues that the German reform is not well equipped to protect citizens and consumers. He warns that regulatory arbitrage and nationally fragmented supervisory approaches have in the past allowed the financial industry to bend existing rules, and this played a role in allowing the last crisis to happen.

In January 2014, the EU Commission published a proposal aimed at reforming European banking structure by separating risky trading activities from core services such as deposit taking and lending. The proposal is currently under heavy dispute in the European Parliament and Council and it is far from clear whether there will be any flesh on the bones of the original draft at the end of the political process. In May 2013, the German Bundestag already agreed on a national separation act that German banks will have to comply with by July 2015. This column argues that some national approaches to banking separation are insufficient and that the completion of the European Banking Union requires the effective protection of consumer deposits via a European banking separation act.

Why a banking separation act

The idea behind banking separation is twofold: Firstly, it protects consumer deposits from capital market risk. In 2008, German Chancellor Angela Merkel and Finance Minister Peer Steinbrück gave a legally non-binding state guarantee for deposits by publicly declaring that consumers’ money would be safe. The mere fact of such a declaration leads one to assume that deposits were at risk. Secondly, by protecting consumer deposits, banking separation makes the threat of bail-in (=creditors take their share of losses) more credible as a bail-out guarantee as given by Merkel and Steinbrück is no longer necessary. The cornerstone of the newly created European Banking Union is to establish the credible threat of losing money for equity owners and creditors. This in turn shall lead bank equity and bondholders to ask for more risk-adequate premiums killing the disincentives resulting from too cheap funding for too risky activities. Thus, separating core services from the rest of the banking business and particularly protecting consumer deposits from capital market risk is a key requirement to complete the Banking Union.

One feature of about the German separation act is that it is not an independent act but an amendment to the German banking act KWG. Article 1 of the amending instrument (which suffers from the beautiful but complex name “Gesetz zur Abschirmung von Risiken und zur Planung der Sanierung und Abwicklung von Kreditinstituten und Finanzgruppen”, Engl. Bill to separate risks and to plan the recovery and resolution of credit institutions and financial groups) first requires banks that are considered as systemically important by the supervisory authorities (BaFIN and Bundesbank) to provide plans for their own resolution. Article 2 then requires banks that meet certain thresholds to separate proprietary trading and certain riskier lending business into an independent trading institution. In contrast, the Commission proposal suggested to fully ban proprietary trading and require systemically important banks to additionally separate certain other trading activities.

In this respect, a problem for both the EU and German approaches is how to define proprietary trading. It is impossible to draw a clear line between proprietary and client-related trading, whether for banning or separation. On paper, the provision of market liquidity for financial instruments (market-making) or risk-management services for professional clients can be easily identified as client-related business. However, in practice, this distinction is less clear as literally every transaction can somehow be argued to serve the purpose of clients. For this reason, vzbv argues that any definition of trading needs to take an “other than” approach that defines what needs to be banned or separated by defining what are core services that need to be protected. A simple and easy to apply rule would be to identify all activities other than deposits taking, lending and the provision of payment service and separate them into an independent entity.

The need for a European approach

Neither the German separation act nor the European Parliament’s draft report on the Commission’s proposal live up to this benchmark. However, the original Commission proposal contains a useful starting point by defining overall trading activity (not proprietary trading) exactly in the suggested way. Unfortunately, the Parliamentary report stepped away from this approach and for now the issue remains open.

Besides this, a European approach would bring the invaluable advantage of providing an EU-wide definition of (proprietary) trading. One key lesson of the past crisis is that regulatory arbitrage and nationally fragmented supervisory approaches allowed the financial industry to bend existing rules beyond any tolerable extent. A single European approach to banking separation, setting the same set of rules and definitions for French, German, Italian and other banks could avoid any such negative externalities between member states.

Should we close financial markets?

From a health crisis to financial turmoil: Supervisors must make sure finance does not backfire