This is the ninth in a series of articles entitled “Lessons from history” which aim to provide some historical background to today’s financial issues.

In the immediate aftermath of the financial crisis, regulators rightly focused on the most salient problems: capital requirements, shadow banking, derivatives and systemic stability. But beyond those necessary reforms lie some deeper questions about modern capitalism. What are capital markets, shareholders, and stocks, and why do we need them? Is our model of economic governance fit to foster sustainable economic growth?

In the immediate aftermath of the financial crisis, regulators rightly focused on the most salient problems: capital requirements, shadow banking, derivatives and systemic stability. But beyond those necessary reforms lie some deeper questions about modern capitalism. What are capital markets, shareholders, and stocks, and why do we need them? Is our model of economic governance fit to foster sustainable economic growth? In 1932, Berle and Means published a book that gave birth to a new discipline: corporate governance. Often cited but hardly read anymore, their book provides very radical insights on those questions. 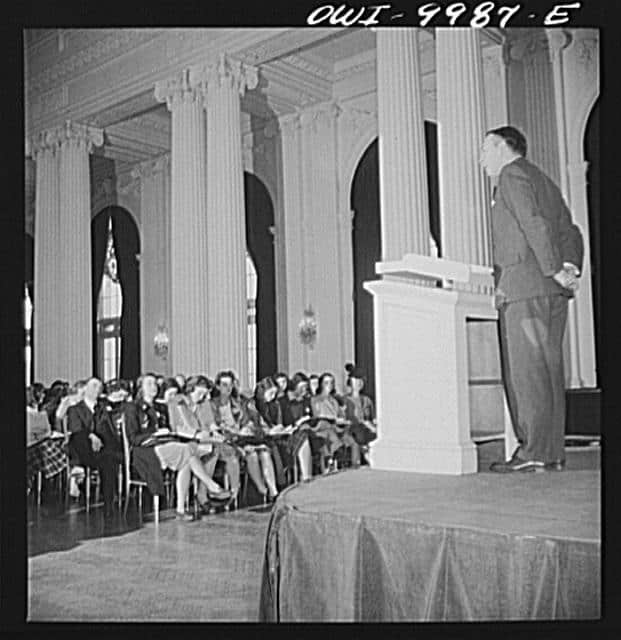 The separation of ownership and control

In 1932, three years after the crash of 1929, Berle and Means published The Modern Corporation and Private Property. It is considered to be at the origins of corporate governance, which then became a field of research for academia. It also reached out to lawmakers, and in 1934, it was one of the main intellectual pillars for the creation of the U.S. Securities and Exchange Commission (SEC).

Chapter VI of Book I, entitled “The divergence of interest between ownership and control” remains famous for being the first clear assessment of the separation of ownership (shareholders) from control (managers) in modern corporations. Berle and Means demonstrated that there was a structural conflict of interest between managers and shareholders, and that the former would tend to seek personal profit instead of following the interests of the corporation. This led to the prohibition of insider trading, and the enactment of financial disclosure obligations. But were Berle and Means really the champions of individual investors spoiled by greedy managers? And if so, why did they fear that “the bulk of American industry might soon be operated by trustees for the sole benefit of inactive and irresponsible security owners”?

The history of ideas is sometimes surprising. Berle and Means are renowned for the concept of separation of ownership and control. But that observation was actually just the starting point of an astonishingly prophetic reflection on modern financial markets.

The surrender of the shareholder

To begin with, Berle and Means question the very basic assumptions of neoclassical economics: that capitalists are risk-taking entrepreneurs who deserve to be remunerated, and firms are owned by their shareholders. The authors argue that the dispersion of ownership makes this view obsolete. They were not the first to notice the problems of small shareholders and control. In the 18th century, early joint-stock companies were beginning to thrive in Britain. Writing about the bankruptcy of one such company in The Wealth of Nations in 1776, Adam Smith noted that it: “had an immense capital divided among an immense number of proprietors. It was naturally to be expected, therefore, that folly, negligence, and profusion should prevail in the whole management of their affairs”. The great success of large corporations since then shows that even a major economist like Adam Smith may fail to foresee a major evolution of capitalism, which was already under way as he wrote. (It is always a bit unfair, but quite self-comforting, to retrospectively notice that even the greatest minds are sometimes dramatically wrong).

However, Berle and Means do not address the issue of efficiency. Neither do they blame individual shareholders for their behaviour, which would be useless. But they do tackle much more fundamental questions. They try to draw conclusions as to the functioning of the system itself: “The owners of passive property, by surrendering control and responsibility over the active property, have surrendered the right that the corporation should be operated in their sole interest, – they have released the community from the obligation to protect them to the full extent implied in the doctrine of strict property rights. […] The control groups [i.e. the managers] have, rather, cleared the way for the claims of a group far wider than either the owners or the control”.

Their surprising conclusion is that shareholders should not be the only decision-makers: other stakeholders, such as employees or representatives of public interest, should also be involved in the management of the firm. It is amusing therefore that Berle and Means are almost systematically cited to defend reinforcements of the rights of shareholders.

The authors went as far as claiming that this should affect the distribution of profits: “It is conceivable, – indeed it seems almost essential if the corporate system is to survive, – that the ‘control’ of the great corporation should develop into a purely neutral technocracy, balancing a variety of claims by various groups in the community and assigning to each a portion of the income stream on the basis of public policy rather than private cupidity”. Although the involvement of stakeholders is now widely recognised (see OECD Principles of Corporate Governance, 2004), nobody today is as radical as to suggest that shareholders should be deprived of their dividends.

The banality of stocks

How does that theory apply to finance? The thing that triggered Berle and Means’ assessment is the change of scale in American industry. “Size alone tends to give these giant corporations a social significance not attached to the smaller units of private enterprise”. Now think about the immense expansion and concentration of the financial industry in the last twenty years, and you will realize that the challenges of 1932 have not been met yet. Do we have the appropriate intellectual framework to conceptualize the role of major banks, and their shareholders, in our economy?

In the 1967 Preface to the Revised Edition, Adolf A. Berle commented on the evolutions of American law and economy since the first publication of The Modern Corporation, in 1932. He claimed that in modern financial markets, stocks were nothing more than a financial asset, like real estate or commodities. Of course, in 2014, this view is quite consensual, but it certainly was not when Berle wrote his preface.

This banality of stocks leads to a radical distinction between investment and stock purchase, which deserves a long quotation: “Now clearly, the wealth [of the shareholder] cannot be justified by the old economic maxims, despite passionate and sentimental arguments of neoclassic economists who would have us believe the old system has not changed. The purchaser of stock does not contribute savings to an enterprise, thus enabling it to increase its plant or operations. He does not take the ‘risk’ of a new or increased economic operation; he merely estimates the chance of the corporation’s shares increasing in value. The contribution his purchase makes to anyone other than himself is the maintenance of liquidity for other shareholders who may wish to convert their holdings into cash. Clearly he cannot and does not intend to contribute managerial or entrepreneurial effort or service”.

One could respond that capital has always been passive, as Marxism demonstrated. But Berle would probably argue that the passive holding of stocks adds a further degree to the passivity of capitalists, to the point that they should not be called capitalists anymore, because they lack even the most basic features of entrepreneurship. “Passive property – notably, stock – increasingly loses its ‘capital’ function. It becomes primarily a method for distributing liquid wealth and a channel for distributing income whose accumulation for capital purposes is not required”.

In philosophical sync with Berle’s dramatic conclusion, Finance Watch believes that financial markets should not lose their “capital function”, and that their ability to become again a powerful way to finance the EU economy should be restored. However, it is essential to understand that there is a constant tendency for markets to drift away from that function and to become a mere “method for distributing liquid wealth”. That is why Finance Watch insists that capital markets should foster a sense of partnership between investors and the enterprises in which they invest, so that society benefits when investors do, rather than simply providing liquidity for speculative betting (see the dossier on long-term financing).

Finally, for the pleasure of it, let me quote Berle’s superb conclusion to his 1967 preface: “Justification for stockholder’s existence thus depends on increasing distribution within the American population. […]. A guaranteed annual wage for all, a governmentally assured minimal income, a stockholder’s share in the United States distributed to every American family – these are all different ways of giving Americans capacity to settle their own lives rather than having their lives settled for them by blind economic forces, by compulsion of poverty or by regulations of a social-work bureaucracy”.