Photo by Samuel Zeller on Unsplash

A few member states push the Council to delay the first serious EU reform to make finance more sustainable by two years. There is a risk of short-term national interests being put before collective progress

In a spectacular backslide, the member states of the EU have pushed to postpone the application of key parts of the “green taxonomy” by two years. The taxonomy is the bedrock of almost all the present and future measures in the EU Sustainable Finance Action plan. At the final step of this important process, it may be useful to clarify the roles of the various actors involved to be able to collectively resist this drawback.

The Green Taxonomy: An already watered-down, but much-needed first step

Visual explanation of the taxonomy – from our latest Beginners’ Guide

The taxonomy is the encyclopedia that will define which economic activities substantially contribute to a sustainable economy. It covers the sectors with the most environmental impact (e.g. manufacturing, energy, agriculture, transport). If widely used, this dictionary would allow the entire finance ecosystem to better choose where money goes and for companies to be held responsible for their investments.

As part of the Action Plan on Sustainable Finance, in July 2018, the European Commission launched a massive collective effort[1] to design the “taxonomy” along with all other measures contained in the Action Plan (such as creating an EU Ecolabel and EU Green Bond Standards). The related complex legislative process was heavily lobbied by vested industry interests and the current version of the EU taxonomy project has already been significantly watered-down:

Despite this reduced perimeter, the taxonomy represents a significant effort from the Commission and the TEG. It is a precious tool to scale up green investment notably by reducing greenwashing on financial markets and it is, therefore, still extremely important to stick to the original timeline[4].

After two years of intense work interspersed with public consultations, all of the criteria for flagging climate-friendly economic activities are ready and postponing their implementation would be wasting time that we do not have.

As the foundation for sustainable finance in the EU, the taxonomy should be implemented as quickly as possible. In a context of intense political pressure for climate action, the delay proposed by the Council of the EU is particularly alarming and reveals both the influence of the financial lobby to delay this much needed progress and the hidden power of short-term national interests within the Council of the EU.

With the decision to delay the introduction of the taxonomy and reduce the requirements being taken behind closed doors, we cannot be sure which member state is responsible for leading this effort. The next stage of the legislation process is for negotiations between the Council and other two major EU institutions (the Parliament and the Commission) to take place (see our Tubemap below). If both the Commission and the Parliament hold their line and if the member states come around to understand that there is no more time to waste, we can still save the initial timeline for implementing the green taxonomy.

Time is of the essence. The Parliament and the Commission must ensure that a handful of national industrial interests do not stop this much needed progress. Everyone must now convey the message to their government that there is no more time to lose. Every delay undermines the credibility of Europe’s commitment to a greener economy.

[1] The European Commission set up a Technical expert group on sustainable finance (TEG) to assist it in developing an EU classification system – the so-called EU taxonomy, in line with the Commission’s legislative proposals of May 2018, amongst others. Its 35 members come mostly from finance sectors, business, academia and from civil society (including Finance Watch) as well as additional members and observers from EU and international public bodies. They work both through formal plenaries and sub group meetings for each work stream.

[2] In terms of scope, a green taxonomy is a first step but knowing what are the greenest activities in each economic sector is not enough, We need a better understanding of the degree of sustainability of every economic activity. While the Council rightly followed TEG’s proposal to expand the scope of the taxonomy to three categories of activities (sustainable, transition and enabling activities), the Council closed the door on a future brown taxonomy targeting climate-related risks, even though this is a repeated request from central banks and financial supervisory authorities. Whilst a proposal to investigate a brown taxonomy in the future was rightly integrated by the European Parliament into its own position in March 2019 (in the review clause), it has been removed by the Council.

[3] Who has to disclose:  While the Parliament rightly proposes integrating disclosure requirements for all financial market participants, the Council has pushed back to limit taxonomy-compliant disclosure only to financial market participants who offer green financial products. This will reduce the universe of information available for end-investors (for example, it would help understand what proportion of a fund not marketed as green is taxonomy-compliant) and also introduce a counterproductive imbalance in disclosure requirements between green and mainstream funds in favour of the later.

[4] The Commission and the Parliament agrees on a three-step timeline for Delegated Acts with the first step in 2020 for criteria related to climate change mitigation and adaptation, and later dates for 4 other objectives. The Council opted for one unique delegated act completed by an implementing acts for end-2022. To understand better the level 2 rulemaking processes of the EU, check our webinar on the topic 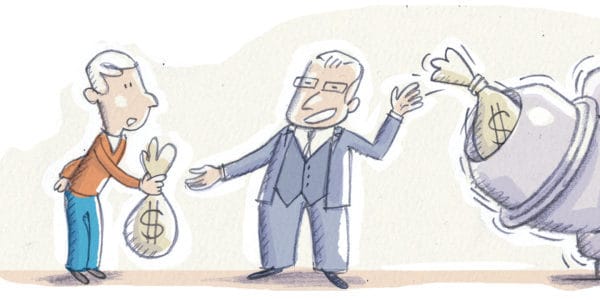 Should your savings finance a sustainable future or a burned-out economy?

No Climate Justice without Sustainable Finance