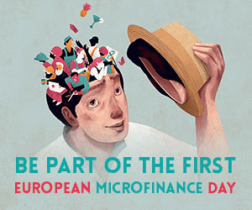 Photo by rawpixel on Unsplash

Microcredits are not just for developing countries; their growing role in the EU’s economy triggered the first “European Microfinance Day” earlier this month, along with calls to improve the regulatory and political environment. In this blog, Greg Ford looks at the vibrant but often overlooked EU microcredit sector to see what lessons it might hold for other types of small business lending, recognizing microcredit is certainly not an alternative to proper SME financing through traditional bank loans, but can be useful in specific situations to meet other policy goals such as social inclusion.

Two Monday’s ago, 19 October 2015, the Belgian Queen Mathilde opened the First European Microfinance Day at a ceremony in Brussels. The royal families of Luxembourg and the Netherlands have also supported microfinance initiatives. Not many areas of finance can call on three royal families to promote them but microfinance is different, and the next day saw the launch of a series of events to promote microfinance, not just in Benelux but in every EU member state. (Picture: EMN)

Queen Mathilde at a ceremony to launch the European Microfinance Day hosted by the European Economic and Social Committee, 19 October 2015. Picture: EESC

For many people, microfinance brings to mind the small loans popularized in the developing world by Grameen Bank in Bangladesh and others, often for just a few dollars.

In the EU, microfinance has a different, technical meaning and refers to loans of less than EUR 25,000 issued mainly to small businesses and social entrepreneurs. EU microfinance aims to fill a gap left by banks, which often find small loans uneconomic or prefer not to lend to entrepreneurs without a track record or collateral. This means that microfinance is about social and financial inclusion as well as entrepreneurship and economic growth. For this reason, the EU’s microcredit providers get public funding and guarantees from a wide range of official EU and national sources, in addition to private funding. 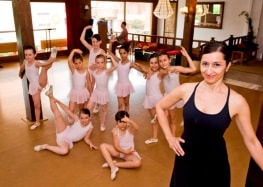 One EU microcredit programme illustrates its work by showcasing a lady who used a EUR 25k loan to set up a dance school in her community.

A key characteristic of microcredit lenders is that, unlike most commercial banks, around two thirds have mission statements that mention social impact, the promotion of SMEs or job creation. They provide credit as a public good because their mandate requires it and, as recent numbers show, it is a fast growing sector.

The EU has been running programmes to develop microcredits since 2003, typically providing funding and loan guarantees to qualifying microcredit providers as well as technical support. After several years, these programs are gathering some momentum: according to the most recent survey of the European Microfinance Network (EMN), there were 150 microcredit providers in 24 European countries (including 20 EU member states and Serbia, Macedonia and Bosnia-Herzegovina, which have large microfinance sectors) in 2012/2013.

The lenders are mainly non-bank financial institutions such as coops and credit unions, NGOs and foundations. Some examples include Fair Finance in the UK, the Instituto de Crédito y Finanzas Región de Murcia in Spain, or the Association pour le Droit à l’Initiative Economique/ADIE in France (see this list for examples in more countries). They include a few banks, such as Erste in Austria, but most commercial banks tend either to avoid the sector, invest equity in it, or engage in it as a sideline, hoping to develop profitable customers for the future.

Together, these 150 providers made around 390,000 microloans to a total of 121,270 microenterprises and start-ups in 2013, creating around 250,000 jobs in the process. The total value of the loans was small, only €1.5 billion up from €1bn in 2011, which is a drop in the ocean compared with Europe’s total bank assets. But such comparisons can be misleading: microfinance providers do not have trillions in derivatives and trading assets, for a start, and if one focusses instead on the 121,270 social and business entrepreneurs that benefitted in 2013 and the many who received microfinance in other years, the impact on jobs and wellbeing around the EU is bigger than it looks.

The context for all this is a market failure insofar as the clients of microfinance are excluded from traditional banking services:

“A general market failure exists in the financing of smaller companies as the work involved in, and hence cost of, assessing a relatively small company’s application for finance is disproportionate to the potential revenue” (European Investment Bank, p101).

Lending to small businesses should be a natural activity for private sector banks but, despite efforts to increase their SME lending, there is a gap. The failure is worse in periphery member states, where SMEs can face higher interest rates and stricter lending conditions.

At the European Microfinance day launch ceremony on Monday 19 October 2015, Luxembourg’s Minister of Labour, Nicolas Schmit, said confidence in banks had been “shattered” and called for a “significant increase” in microfinance, although it is not clear how far that would compensate as the two cater to somewhat different targets.

Part of the difficulty for banks is that micro-enterprises are small, their need for human investment is high, and the economic benefits may be hard to capture as banking profit. But through its contribution to social inclusion, microfinance is said to offer fiscal and social benefits. Each Euro invested in a microfinance institution generates 3.6 Euros of social return, according to the UK government’s “Social Return on Investment” tool, cited by the EESC.

The Italian economy may be more dependent on small enterprises than most (45.8% of Italian employment comes from enterprises with fewer than nine employees, versus 29.1% for the EU 28 average, according to the EC) but the overall message is clear – a market failure in SME lending is a real economic problem.

If it leads to unemployment it can also threaten social cohesion, said Marianne Thyssen, the EC’s Commissioner for Employment, who also spoke at the launch ceremony. She said the financial crisis had left 23m EU citizens out of work, half of them for more than a year, and she backed an increase in microfinance provision.

Marianne Thyssen: “By providing funding to people with business ideas but no capital or collateral, microfinance can turn job-seekers into job creators” (Picture: EESC)

“We need to rethink our banking and financial systems. We cannot have our society and economy function without a framework based on solid values,” he said.

These programmes help microfinance providers to get established but public grants only account for a quarter of their overall funding, according to the EMN survey. The private sector does most of the heavy lifting and this can create its own problems, which policymakers are just starting to recognize.

Those microfinance providers which are not licensed to take deposits and are too small to borrow in international financial markets have few other options; they may have to rely on local financial markets, banks or specialised microfinance investment vehicles for private funding. However, with little regulation in this area there is a risk that sector overreliance on a few specialised funds could create problems, for example if market conditions changed and a key fund or funds had to withdraw in a hurry.

Some bank business models seem poorly suited to SME lending, particularly large universal banks with a shareholder value mission. Experts have written extensively about the reasons for this, noting factors such as the centralization of credit decisions and the use of credit scoring instead of relationship banking; too-big-to-fail structures that favour trading activities; preferences for financial risks over economic risks, for highly liquid financial assets over longer term loans, and for wholesale funding from unpredictable financial markets, among other things.

In a few extreme cases banks have done the opposite of supporting SMEs, resulting in scandals about swaps miss-selling and forced restructurings (the actions of the notorious ‘Global Restructuring Group’ at RBS raised questions in the UK Parliamentabout whether it had pushed SMEs into default in order to profit from their liquidation). Thankfully these are a minority!

Few of these problems are relevant for microfinance providers, which tend to be highly focused on lending to micro-enterprises and whose mission includes social impact in most cases.

Luxembourg Finance Minister Schmit’s comments on Monday suggest that policymakers have taken this on board and are keen to promote activity. “We need to see scale in microfinance,” he said.

A more general lesson might be that to help SMEs, policymakers should also target their interventions at institutions whose business models and missions have SMEs and job creation at their heart.

This means not placing too much hope in investment banking ideas such as reviving securitization, and instead promoting stakeholder banks and small, traditionally funded, well-capitalised, local, relationship-based banks that lend to SMEs in the old fashioned way, as well as microfinance itself.*

“The strength of microfinance is its values and its ideals and this is what makes it a success,” said Schmit. Perhaps similar strengths can be fostered in other institutions too.

* To see Finance Watch’s ideas to help banks lend more to SMEs, see our recent response to the DG FISMA consultation on the possible impact of the CRR and CRD IV on bank financing of the ec