The deal was eagerly awaited by some of our members, who had mobilised tens of thousands of people around Europe on the topic of food speculation. The text adopted by lawmakers introduces a system of position limits on commodity derivatives, designed to curb the influence of financial speculators on markets that help determine the price of basic commodities, such as wheat and maize.

Whether it will succeed in that goal or not depends on what happens next, but the fact that we are even discussing this measure shows that, when civil society works together, we can, step by step, make improvements in the EU’s financial regulation. While such positive developments are always fragile, two years ago we had not expected to get this far.

But MiFID II is about more than just commodities.

It also introduces a “toolkit” for financial market supervisors to bring high-frequency trading under control and makes some changes to Europe’s trading infrastructure, among other things.

Many of the new rules will only be successful if they are calibrated at the right level during the technical implementation stage (so-called “Level 2”). To use a football analogy, the “Level 1” MiFID II high-level agreement has given the players a shot at goal, but no one has scored yet. Nearly 100 technical standards must be negotiated in the coming months, with plenty of financial lobbyists defending the goal.

The toolkit on high-frequency trading, for example, contains a bundle of measures to protect markets from the worst effects of high-frequency trading. Some of the tools we wanted were thrown out during the negotiations but the agreement still includes measures such as circuit breakers, which can freeze electronic markets instantly if a trading algorithm runs out of control, and an improved “tick-size” regime to regulate the smallest amount of any security that can be traded. The tick-size regime could help to end some types of unhelpful arbitrage but only if the Level 2 rules are set at the right level.

Some areas of MiFID II have already been defined in detail, for example certain rules on consumer protection. In several member states retail investors typically buy their investment products – mutual funds, index trackers, etc. – from sales people who are paid on commission, which makes it difficult for those consumers to get unbiased investment advice.

A proposal in the Commission’s draft of MiFID II to ban this type of payment structure was, unfortunately, lobbied away by certain representatives of the financial industry. It will not come back in Level 2.

The rules on trading infrastructure leave more to be determined. One concerns the sinister sounding “dark pools”. These are trading ‘rooms’ operated by regular stock exchanges or investment banks where members can trade without saying in public what their buy and sell prices are before they trade or how large their positions are. These ‘rooms’ originally served to allow professional investors to exchange large blocks of securities without creating a panic on the market. Traders also like them because they can conceal their intentions from others who might take advantage of them (especially high frequency trading firms). MiFID I unfortunately allowed trading in the dark that goes beyond the ‘large blocks’ situation described above.

The problem is that if everyone trades “in the dark” market prices become unreliable which leads to poor investment choices and ultimately hurts the economy. It also becomes more difficult to buy and sell financial instruments on the “lit” markets (e.g. stock exchanges), where ordinary people trade. Trading outside of the stock exchange, which has grown since MiFID I, therefore has to be restricted.

The new rules still allow for generous dark trading (limiting them to large blocks, for example), but the total amount of dark trading has been capped, providing a backstop to the potential endless growth of dark trading.

Another rule concerns the vast derivatives market. Each day, more than a trillion dollars of derivatives exposures are traded privately between large banks and other financial firms in what is known as the “over-the-counter” market. Because these are private trades, supervisors have almost no idea which firms are exposed to which other firms or the level of total market risk. Given the contagion caused by derivatives in the last financial crisis, lawmakers hope that MiFID II will drive this activity onto regulated trading venues, where they can better keep an eye on it.

The rules in this area contain quite a few potential weaknesses and loopholes (for example there is no definition of “over-the-counter”).

The rules on food speculation also depend heavily on what happens next. Member states can decide for themselves how much speculation to allow for each type of commodity derivative, subject to guidance from ESMA, the European Securities and Markets Authority. The aim of this measure should not be to outlaw speculation, which is useful as a minority activity, but to stop it from dominating the market. But whether position limits really will achieve the right balance or not will depend entirely on how the limits are calibrated.

Will position limits put physical hedgers back in charge? It depends on Level 2 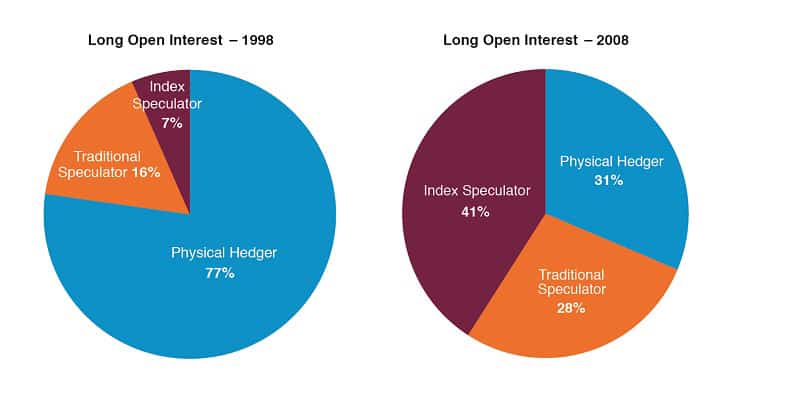 Civil society’s voice is being heard

The message for Finance Watch supporters, however, is heartening. While the proposal was never going to restore the purpose of financial markets (we will need far more ambitious legislation for that), we now have a Level 1 text that includes some rules that are stronger than we expected two years ago when the original Commission proposal was published.

This is largely the result of an organised and well-supported civil society movement.

The food speculation campaign, for example, combined detailed lobby work to close loopholes with imaginative, public campaign actions. There were funny videos that went viral, a petition with 8,000 signatures and another with 100,000 signatures, a message outside the Parliament written in giant letters made of pots and pans, and plenty more. For a flavour of the campaign actions, see World Development Movement’s blog “Recipe for campaign success”.

There is much more to do before we can say that financial markets or the banking system are serving society but the good news is that, with the right support and coordination, citizens’ voices can push things in the right direction.