The European Parliament in plenary today approved a compromise package on MiFID 2, with only minor changes from the text adopted in the ECON Committee vote on 26 September (see the Parliament’s 26 October press release here).

Although Finance Watch and many of its Members had asked MEPs to further improve the text by adopting amendments to ban inducements regardless of the distribution structure and close loopholes related to commodity derivative speculation, most MEPs did not want to upset the compromise deal. Nevertheless, the “shadow rapporteurs” who will negotiate on behalf of the Parliament with the other institutions (Council and Commission) in the coming months received a clear message from nearly 200 colleagues that they want a very strong text on consumer protection and derivatives speculation. 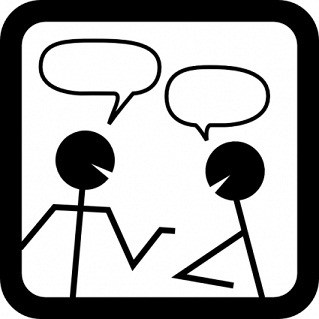 Here is what MEPs have now agreed in our four areas:

The Commission introduced individual position limits in its MiFID 2 proposal. While we think market-wide limits on the proportion of speculation are necessary, we support the Parlimant’s substantial improvement of the initial text. Some crucial loopholes remain (such as the non-inclusion of positions built over-the-counter), thus we will closely follow the Council and trialogue negotiations, pushing to have these loopholes closed.

There was talk of adopting only one or two of these measures but MEPs seem to have recognised that, because HFT evolves quickly, regulators need a variety of weapons to deal with it effectively. Taken as a package, these measures should help regulators to stamp out abusive, predatory or destabilising high-frequency behaviour, and supports moves by regulators in other markets. Because the proposed toolkit goes far beyond any envisaged measure in other markets (US, Asia, etc.), the EU would be acting as a pioneer, promoting safe, fair and sound markets at a global level.

OTFs would be restricted to non-equity instruments that do not trade on existing platforms (Regulated Markets and Multilateral Trading Facilities). This tight definition should reduce regulatory arbitrage, as it will make it difficult to shift trades onto OTFs from more regulated venues.

– On investor protection, MEPs stepped back from a proposal to forbid inducements across the board, but the ban on inducements for independent advisors proposed by the Commission is maintained, and measures aiming at mitigating conflict of interest have been strengthened.

Several member states have banned or want to ban these inducements regardless of the distribution structure at a national level, and they will call for strong rules on behalf of the Council in the forthcoming negotiations to avoid the potential for regulatory arbitrage (uneven playing field).

The package adopted today will be used by Parliament in negotiations with the Council, which is due to finalize its own position in November or December. The Parliament and Council then have to agree with each other before the package can become law, at a series of meetings with the Commission, known as trialogues. This last process is likely to take until Q1 2013. There is therefore still a danger that the package will be watered down in the trialogue stage, especially as some Member States are expected to use this process to defend parts of their domestic financial industry.