Thomas Lines is an individual Member of Finance Watch. Please note that the views expressed in these blogs do not necessarily reflect Finance Watch’s positions in every aspect. 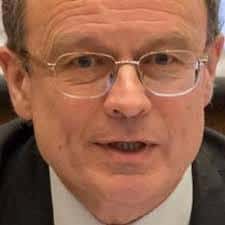 Photo by Expect Best from Pexels

Thomas Lines, a British consultant and former journalist and lecturer, says the mandatory separation of retail and ‘casino’ banking would improve financial stability by discouraging wholesale funding and bank interconnectedness. He argues that the EU and UK bank structure reforms should go further by encouraging banks to engage in more economically useful activities.

Since the banking crash of 2008 the debate on banking has been especially lively in Britain – hardly surprising given London’s importance in the financial sector and the severity of the crash and ensuing recession in the UK. The continuation of astronomical pay, while scandal follows scandal over things that British banks have done, has left a mood bordering on contempt for bankers.

Perhaps for this reason, Britain was early in trying to tighten its lax regulations on banking. The government set up the Vickers Commission which reported in September 2011, recommending the ‘ring-fencing’ of retail or ‘utility’ banks within wider banking groups. This was enacted in the Banking Reform Act of 2013. The European Union’s Liikanen Commission and the Banking Structure Regulation, which is currently going through the European Parliament, followed about a year later.

Both Vickers and Liikanen can be criticised for not taking a strong enough line. The Liikanen Commission reported on the structure of individual banks although it was asked to report on the structure of the banking sector. Nevertheless, their main conclusions are worth supporting.

But after the crisis, new rules should have concentrated on returning banks to their basics: the things they do that are essential for the economy. There is a spectrum of banking activities and a clear order of precedence among them. Regulations should reflect and reinforce this, encouraging banks to prioritise functions that are higher up the list. The EU’s reforms have not even thought of that.

I would describe the main functions of banks as follows. The primary function is to safeguard clients’ money and facilitate transactions. Lending money is a second key function of banks. As a way of making profits, it helps to pay for the primary function.

And there are various types of loan. The most important directly facilitate production and transactions, for example working capital and trade finance. They are most often of short term. Banks also provide longer-term loans to businesses and governments for investment. Loans to individuals come after that.

Then there are non-lending services such as underwriting bond issues and advice on mergers and acquisitions. Some of these functions are not needed at all, while others could be taken away from banks without harming the economy.

Securitisation and derivatives are in the next place for unimportance, followed by participation in non-financial markets such as commodities (which should not be permitted at all).

The crisis arose in large part from banks’ financial interconnections, not directly from their corporate structures. The rapid growth of derivatives trading was important in this, but as long ago as 1987 the Bank for International Settlements warned that interbank lending alone created a ‘potential for transmitting destabilising influences across the world [which] should not be underestimated’ [‘BIS sees slower interbank lending’, Financial Times, July 29th, 1987].

Before that banks relied on their own deposits for lending: they knew that safeguarded their own existence. To return to this, loan-to-deposit ratios should be kept within strict limits and gradually reduced until a bank’s loans may not exceed its deposits. Then any banking problem would be limited to the bank where it arose.

The banking system is closed and monopolistic because of the payments system. As such it is a natural monopoly. This public function of banks must always be borne in mind.

Banks should be expected to assess credit themselves rather than relying on rating agencies, and no loan should be sold to another party without the borrower’s consent. A lender which holds its loans until maturity is likely to take greater care in lending.

Long experience also demonstrates that competition between banks can be damaging. Northern Rock, a British bank and first casualty of the crisis in September 2007, offered excessively high deposit rates and low loan rates, and was excessively dependent on wholesale funding – all for competitive reasons. Competition encourages risks, but a bank’s mismatch of maturities brings more than enough risk in itself.

None of this is in the Banking Structure Regulation. However, the mandatory separation of retail and ‘casino’ banking would be an important, if partial, safeguard against bank interconnectedness and excessive wholesale funding. Without all this, we will never return to the stability in banking that lasted for many years after the Second World War – a rare treat which should have been treasured.