NEW: our Webinar on Trade Agreements with Mathilde Dupré (23mn) 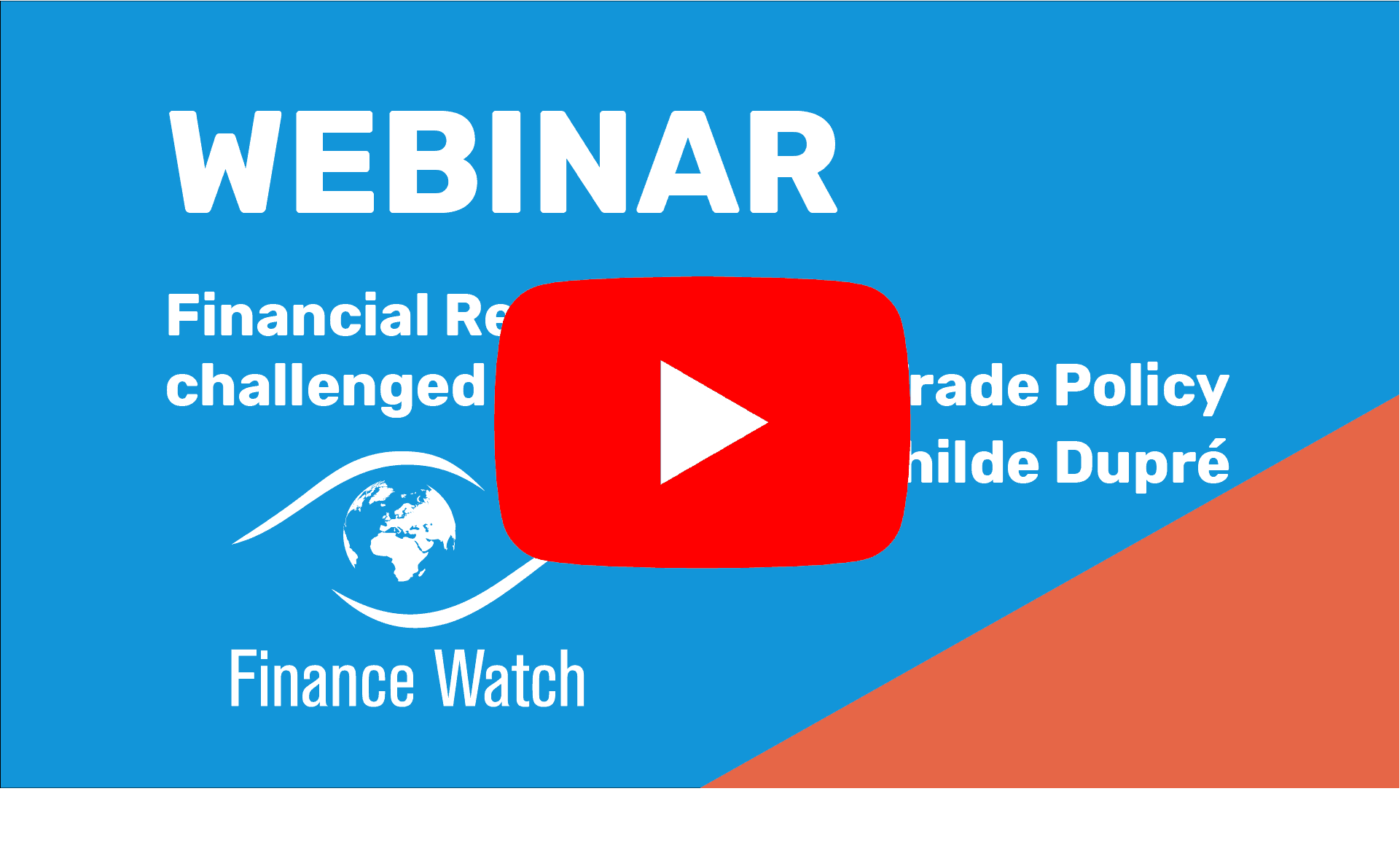 Image cover credits: Photo by Will Truettner on Unsplash

The new generation of trade agreements currently being negotiated by the EU endangers financial regulation. Worse, they rein in the capacity of states to regulate in the future. By signing them in their current form, governments agree to be deprived of the means to contain or prevent future financial crises.

Ten years after the 2008 crisis, we are still not protected from new financial crises. Yet, the CETA and the other trade deals under negotiation (JEFTA, TTIP, Brexit) may worsen the situation. The European Union engages in trade agreements to boost economic growth. But within these agreements, three innovations bring significant changes to European trade policy:

Tariffs being already low, the next goal is now to remove non-tariff barriers, namely regulations or norms that could slow trade. This is the role of the so-called “new generation” of trade agreements and the root of the problem: these agreements extend to all domains, even social, environmental or sanitary norms, as well as financial regulation. 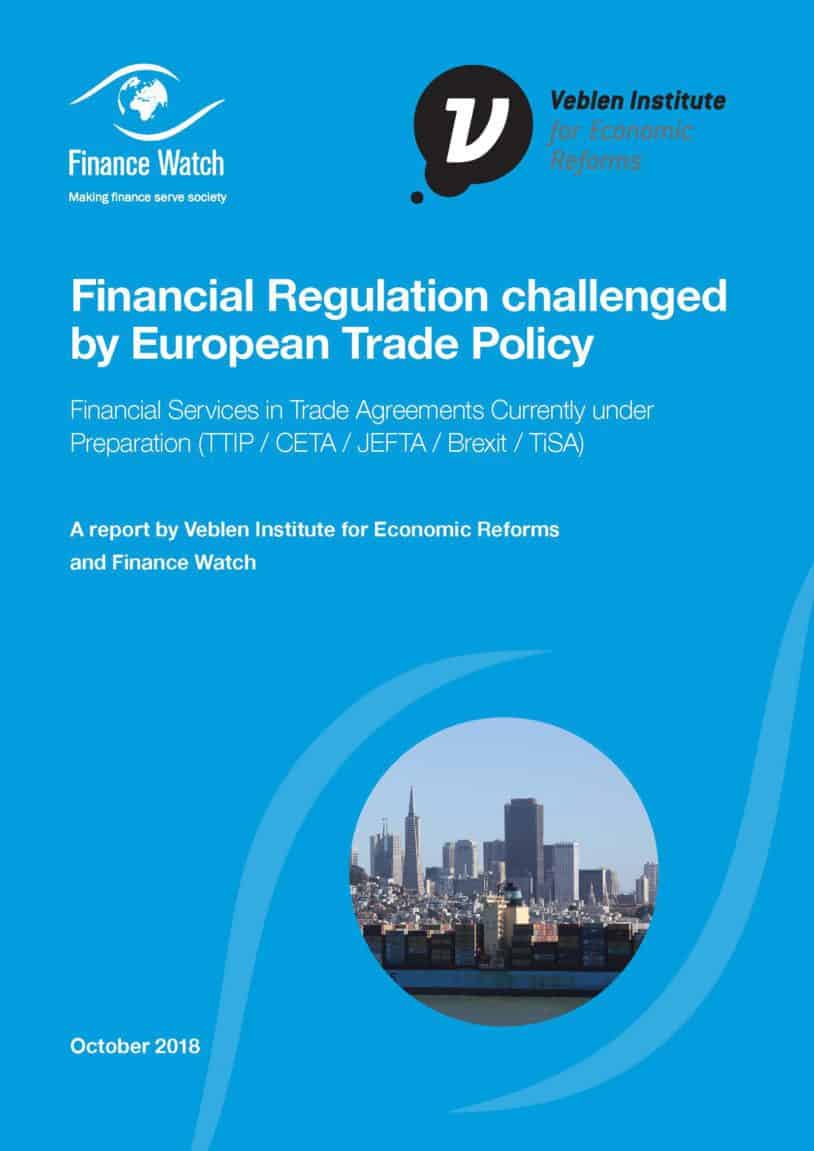 In fact, the liberalisation of financial services is at the centre of these new agreements: CETA, JEFTA, TTIP as well as the plurilateral Trade in Services Agreement (TiSA) or the Brexit. European countries are the primary exporter of financial services (EU members have a significant trade surplus over the rest of the world in this sector: 36 billion Euros in 2013). This explains why the financial sector is the EU’s main ‘offensive interest’ in the negotiations, even at the risk of forgetting lessons from the 2008 financial catastrophe!

This is especially worrying since the European Union’s financial regulation is not always the best example for others to follow. In this domain, the EU is sometimes the driving force for levelling the rules down.

With these agreements, the EU – and France primarily – adds fuel to the fire and contributes to a disproportionate financialisation of the economy, to the insufficient control of capital movements, to the excessive interconnection, and to the concentration of banks. In the negotiations for these agreements, bank and insurance company representatives have received their “Christmas List”. It contains all the prudential and fiscal transparency rules that they would like to water down or to see removed. 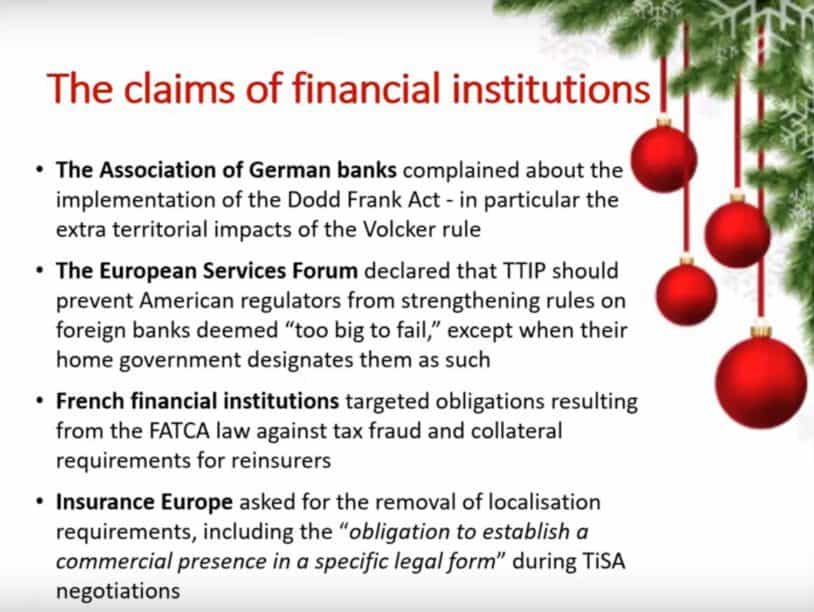 Worse, with these agreements, states are giving their consent to limit their future capacity to intervene in order to reinforce financial stability, for example by using tools to limit the size of banks’ balance sheets, reduce speculation, limit or ban some products or financial actors.

And there is more. These new trade deals are “living” agreements, which means that they create a number of committees in which the financial industry can help to assess existing rules and regulatory projects. Concretely, through the CETA, industry lobbies will be consulted before elected representatives, creating an easy opportunity to water-down or thwart regulatory projects. 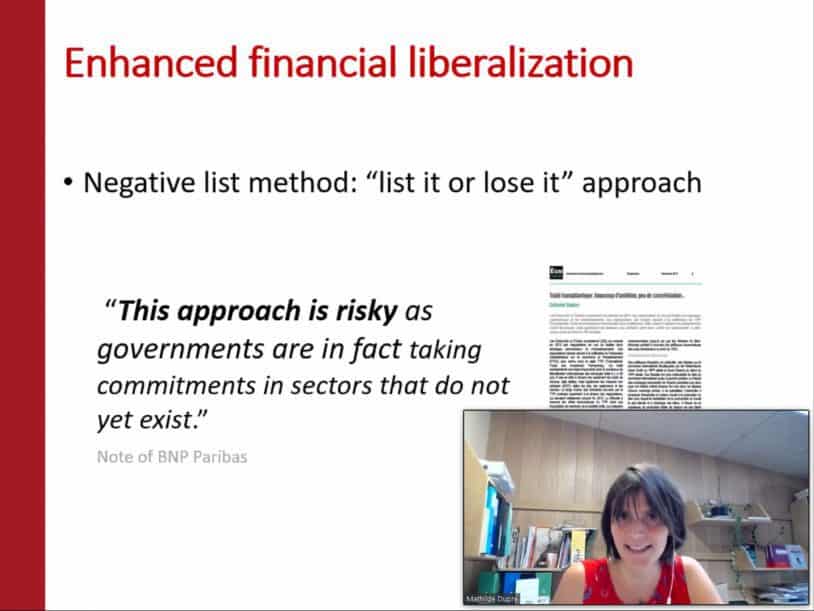 David Plunkett, former Canadian ambassador to the EU and member of the CETA negotiating team, co-founded CEUTIA (Canada EU Trade Investment Association), explains how it works: “CETA, for the first time, includes a standalone chapter on regulatory cooperation that provides Canadian businesses with opportunities to get early insights into what governments may be planning and doing”.

The chair of CEUTIA adds: “This [regulatory cooperation] institutionalizes the opportunity for Canadian business to take full advantage of CETA by having a role in EU decision-making”.

In a nutshell, every existing or future piece of legislation will only be evaluated on the basis of its impact on trade, whatever effects it has on health, environment or financial stability. Which suggests that very few will pass the test. 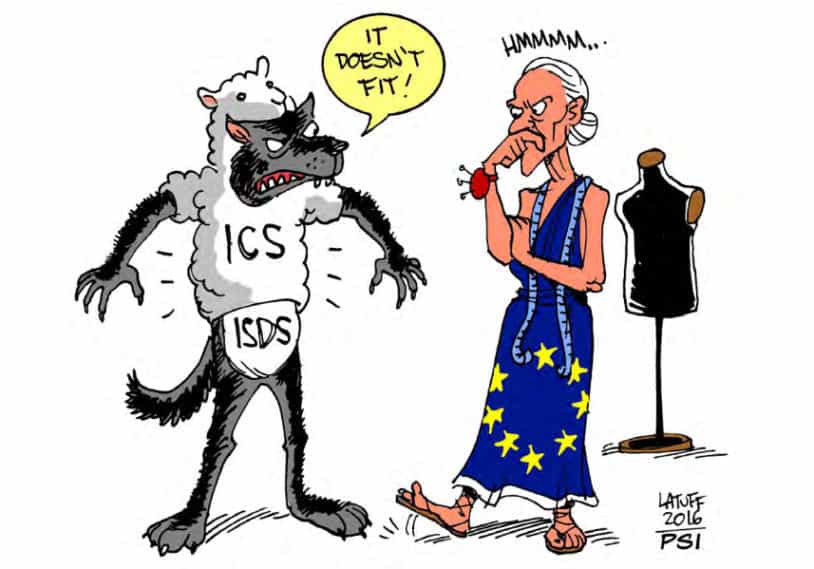 And for those that do, some unhappy investors could sue the EU or states using the investor-state dispute settlement mechanism and be compensated with taxpayer’s money. Under existing trade deals, this type of compensation has already reached extraordinary amounts: $454 million on average. At this game, the state always loses. At best, if it does not lose the case it must still pay legal expenses costing up to $8 million each time – and the number of cases is set to increase. In these conditions, which state will dare to adopt the rules most needed to put finance back at the service of the economy?

These trade deals endanger existing regulation and, worse, introduce restrictions over the rights of states to regulate in the future. By signing them, governments agree to be deprived of the means to contain or prevent the next financial crisis. That is why Veblen Institute and Finance Watch have published a report to raise awareness on this problem and call on our elected representatives to refuse to sign these deals in their current form.

Or watch our Webinar:

A Beginner’s Guide to Financial Services and Trade Agreements. Click on the accordion below to read our dossier or click here to download a PDF version. 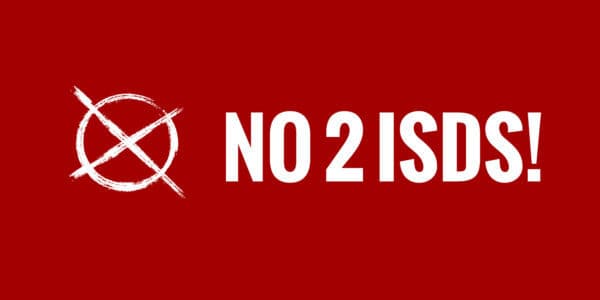 TTIP – a consultation that misses the key question

Speech at ECON hearing on TTIP and Financial Services Regulation