Finance Watch deeply regrets the committee’s failure to adopt a one-for-one rule. The rule would not impact sound European banks, but would safeguard against reckless risk-taking and help protect citizens and taxpayers from a climate-driven financial crisis. This decision is especially shocking as MEPs have agreed today to introduce higher capital requirements for crypto assets – banks will need to have enough of their own funds to cover losses that occur due to their crypto exposures.

Benoît Lallemand, Secretary General of Finance Watch, said: “Today, the ECON committee has put the interest of banks above the interest of European citizens. When it comes to the climate crisis, the longer you wait, the bigger the risks. How MEPs could introduce a one-for-one rule for crypto and then not do so for new fossil fuel projects is beyond comprehension.”

Members of the ECON committee caved to pressure from the financial lobby, but the European Parliament can still rectify this mistake. Finance Watch now calls on MEPs committed to tackling the climate crisis to ask for a plenary vote and table the one-for-one rule to ensure EU citizens are shielded from a climate-driven financial crisis.

To arrange an interview with Benoît Lallemand, Secretary General of Finance Watch, please contact Alison Burns at alison.burns@finance-watch.org or call on +32 (0)471577233

At the ECON Hearing on the Basel III “Finalisation Package” on 31st March 2022, Finance Watch’s Chief Economist, Thierry Philipponnat, called for a faithful implementation of the Basel III framework... 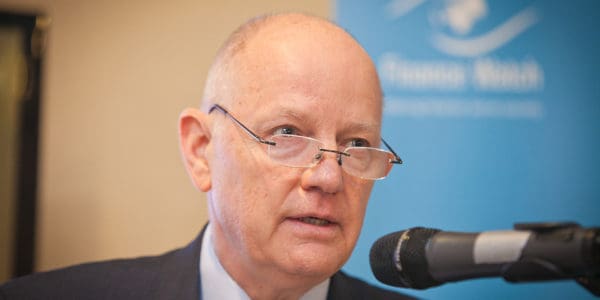 “Bank lobby has been successful at fighting reform”