The findings are based on data collected in summer 2020 from 89 cases using mystery shoppers in Spain, Ireland and Romania. These exposed widespread lending malpractices by lenders, which result in consumer credit being frequently mis-sold. Vulnerable consumers are particularly at risk of becoming over-indebted, which exacerbates an already alarming non-performing loan (NPL) problem in the European Union.

The report confirms concerns raised by stakeholders about blind spots and shortfalls within the EU Consumer Credit Directive, showing an urgent need for policymakers to review rules within it. Shortcomings on multiple elements of the Directive include current rules that fail to ensure consumers can make an informed choice when purchasing consumer credit.

Finance Watch Senior Research and Advocacy Officer Peter Norwood said: “The study provides hard data that quantifies problems and malpractices in the consumer credit market. For instance, case data showed a 2,543% average annual percentage rate for payday loans, with rates reaching 30,341.1%. Lending practices for these products such as the pre-contractual information and the creditworthiness assessments are poor. This clearly shows a need to bring loans under €200 within the scope of the Directive.”

Finance Watch data also highlights the need to regulate loans not in scope of the Directive. The pre-contractual information provided to consumers, including on their high costs, proves often inadequate with regards to so-called high-cost short-term credit, such as payday loans. Creditworthiness assessments for these products remain poor and their costs unreasonably high and exploitative.

The study shows a troubling high degree of  advertising malpractices.  A credit provider in Romania, for example, advertised a personal loan interest rate starting at 8%, but failed to inform the consumer about the maximum interest rate charged or necessary conditions to be fulfilled to benefit from this offer. 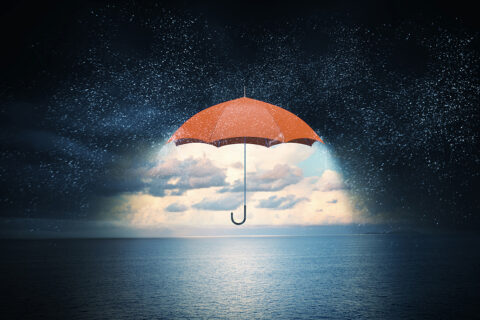 The research also uncovered a serious problem stemming from poor creditworthiness assessments (CWA), which can lead to consumers being mis-sold loans they are not able to repay. The study confirmed that credit providers often use data irrelevant in determining the ability of a consumer to afford a loan. In 31% of the cases, lenders failed to ask during the creditworthiness assessment process about the borrower’s budget balance, income and expenditures. Instead, some credit providers use irrelevant data such as data on consumers’ political involvement or previous address, which can lead to financial exclusion and discrimination. The study suggests also that many credit providers fail to use sufficient and verified data for the assessment. In 40% of cases, credit providers asked for less than four pieces of information in a declarative form to perform a CWA. This may not be enough to make a full assessment of a household’s budget and ability to pay.

Finance Watch Secretary General, Benoît Lallemand, concluded: “The study confirms an urgent need to revise the Consumer Credit Directive.  Rules within it need a revamp to thwart malpractices in the consumer credit market that compound the over-indebtedness problem faced by Europeans. For instance, we now have a clear case for robust creditworthiness assessments that use the right data to assess a borrower’s ability to afford a loan. Doing so would help more people avoid financial hardship while helping  address the festering non-performing loan problem and boosting overall financial stability.”

Background on the consumer credit market

The consumer credit market plays an important role in Europe as evidenced by its significant growth in the last two decades. Between 1997 and 2017, household debt in Europe increased from 39.3% to 50% of nominal GDP. In 2017 the outstanding amount of consumer credit in the EU-28 was around €1,800 billion. In September 2019, EU banks’ exposure to consumer loans stood at €1.14 trillion, up by 14% compared with September 2015 (€1 trillion). Consumer credit growth has outpaced overall credit growth (+10%) over the same period. In terms of market size, the biggest EU consumer credit markets are Germany, France, Italy, Spain and Poland. The upward trend in consumer credit sales has, at least in part, been driven by the historically low interest rates which Europe has been experiencing for almost a decade.

The consumer credit market has significantly changed in the last decade. The market is being increasingly digitalized and more and more consumers are purchasing their credits online without any physical interaction with credit providers. In 2015, across 10 EU countries, 20% of consumers completed the entire sales process for a consumer credit (searching and purchasing the loan) online. This trend has led many traditional credit providers and intermediaries to adapt their business models and to distribute their consumer credit products through digital channels, including by partnering with new Fintech companies. New non-bank players such as peer-to-peer lenders have also entered the market.

In addition, the market has seen the emergence and growing use of new credit products and services in the last ten years. For example, peer-to-peer lending has emerged as part of the digitalization trend described above. These products are sold via peer-to-peer lending platforms that enable people to borrow directly from other private individuals online.  In addition, payday loans (short-term loans with very high costs to consumers) and revolving credit have become increasingly commonplace.

Despite the increasing digital trend of the market, cross-border sales of consumer credits have remained very low in the EU. The Study on the role of digitalization and innovation in creating a true single market for retail financial services and insurance, for example, shows that only 0.8% of household loans granted in the euro area are currently sold across borders and that consumers’ lack of trust in cross-border products is a key barrier to the development of a single market.

An in-depth study of consumer credit markets in Spain, Romania and Ireland and what it means for the Consumer Credit Directive (CCD) review

The EU should tackle exploitative consumer loans head on

Which financial services are needed for financial inclusion?