Securities financing is the lending of securities (stocks, bonds, asset-backed securities) by one party to another against cash. There are different types of securities financing transactions, including securities loans, repurchase agreements and sell-buybacks, but the economics of the transaction are similar: this is a form of short-term lending using securities as collateral. In January 2014, the European Commission proposed a Regulation to make SFTs more transparent by giving supervisors a better understanding of the systemic risks of this practise.

The Regulation requires all SFTs to be reported to trade repositories, to help supervisors to identify stability risks. It requires investment funds that use SFTs to inform their investors and potential investors about their SFT practices, which should improve market discipline as investors could better assess the risks and rewards being taken with their assets. Although the Parliament’s rapporteur initially agreed to include actual restrictions on SFT in the proposal, it was ultimately decided to leave this matter to a review scheduled in 2017. The SFT dossier is closely connected to the dossiers on Capital Markets Union and Securitisation.

In November 2014, we spoke at a Parliament hearing on the SFT Regulation, where we urged MEPs to include in the SFT Regulation the Financial Stability Board October 2014 recommendations restricting the re-use of collateral and introducing mandatory haircuts.

In December 2014, we published a position paper on long term financing, securitisation and securities financing, “A missed opportunity to revive “boring” finance?” It included a detailed annex on collateral. This sets out our views and recommendations on the systemic implications of increased collateral usage, an inevitable consequence of CMU proposals to revive securitisation and promote cross-border collateral usage. The paper provided the basis for a discussion panel on collateral use in our February 2015 conference “The long term financing agenda – the way to sustainable growth?” We also organised a webinar on securitisation (27 July 2015), available online.

Although we want to move beyond transparency, the rules on improved transparency and reporting of SFTs are welcome. Better disclosure around SFTs should ensure a fairer split of risks and rewards between fund managers and investors, while the rules on re-hypothecation (for example where a bank receives securities from a hedge fund as collateral for a loan and then uses the securities to borrow money itself) should give added protection and certainty to investors.

However, this is only part of the solution for tackling the systemic risks linked to SFTs. They create chains of collateral between financial entities that increase interconnectedness and the risk of domino effects.  SFTs are also responsible for additional pro-cyclicality through the fluctuations of haircuts, eligible pools of collateral, and the number of times a security is re-used. The higher pro-cyclicality of non-bank lending raises a moral hazard question since it means you need an entity that will buy when everyone wants to sell yet shadow banking does not have explicit and direct access to public safety nets and the crisis has shown the ineffectiveness of private backstops. This means that we must choose between extending access to public safety nets to shadow banking which would increase moral hazard, and shrinking the size of shadow banking (and not promoting it).

While SFT is low risk for the parties in the transaction, it creates negative externalities: raising haircuts might lead to one entity being forced to sell its assets, leading to a decline in the price of similar securities held by other institutions. In turn, this might force other institutions to sell assets, creating a downward price spiral.

The crisis has shown that securities financing is a very fragile and unstable form of funding. Yet, Europe’s large banks rely extensively on this form of funding (61%), creating fragile funding structures.

The current promotion of non-bank lending via Capital Markets Union (see dossier on CMU) will lead to a more collateral-intensive financial system, since the revival of securitisation will create more high quality liquid securities that can be used as collateral. The CMU is therefore likely to promote a further growth of SFTs. This makes it all the more urgent to address the negative externalities and systemic concerns related to this practice. 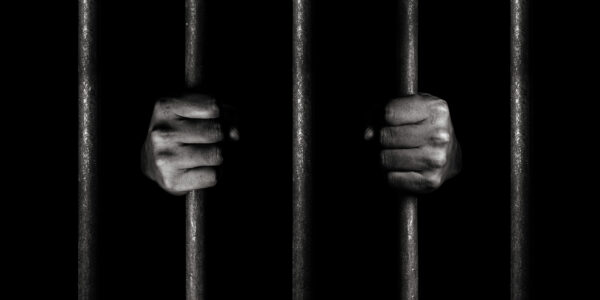