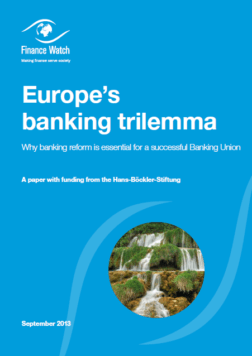 This report on Banking Union and bank reform in the EU, “Europe’s banking trilemma” [click to download], concludes that, despite its intention, Banking Union will fail to prevent European citizens from bearing the losses of failed banks in the event of a systemic banking crisis unless there are meaningful structural and capital reforms to Europe’s largest banks.

Key points from the report include:

What the Squid Game reveals about the problem of over-indebtedness, and why we should have structural answers to it