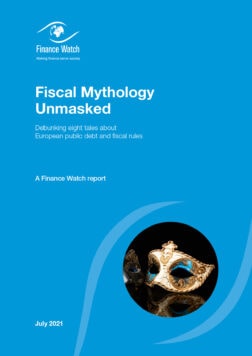 Europe faces serious environmental, economic and social challenges that require a rethink on public intervention. Not free to do as they wish, European governments devise fiscal and socio-economic policies constrained by a self-imposed maze of economic governance rules. Those rules are built on a series of debatable conceptions about public debt and the role played by the state.

One Framework to Rule Them All

10 Principles for a Sustainable Recovery

On 2 October 2020, Finance Watch published a briefing paper to help legislators strengthen the proposed Recovery and Resilience Facility (RRF), which makes up the core of the EU’s EUR...