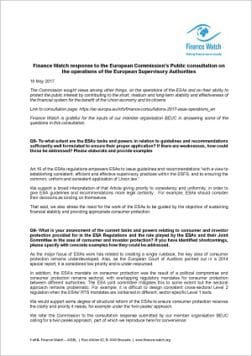 Brussels, 16 May 2017 – Finance Watch has responded to the European Commission’s Public consultation on the operations of the European Supervisory Authorities (ESAs).

The Commission sought views among other things, on the operations of the ESAs and on their ability to protect the public interest by contributing to the short, medium and long-term stability and effectiveness of the financial system for the benefit of the Union economy and its citizens. 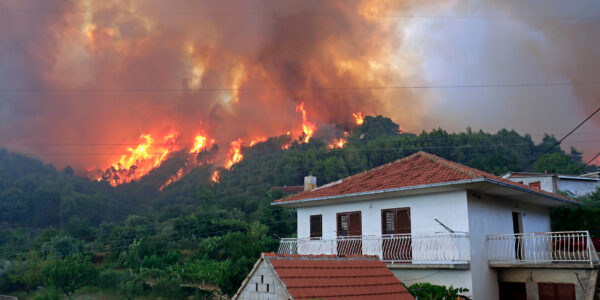