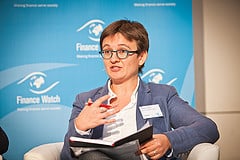 Daniela Gabor is an associate professor at the University of the West of England (UWE). She researches in shadow banking activities and the transnational banks’ involvement in policy deliberations around capital controls and crisis management in both global settings and in emerging markets. 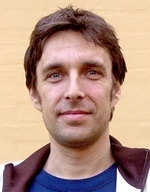 Jakob Vestergaard is a Senior Researcher at the Danish Institute for International Studies (DIIS), focusing on international financial regulation.

The article was originally published at Critical Micro Finance, a website composed by a group of economists at UWE (Bristol), working towards a critical re-articulation of the role of finance and money in economic theory and practice. Daniela Gabor and Jakob Vestergaard discuss the possible consequences of the Capital Markets Union.

Things are changing in European finance. Recent proposals by the European Commission turn post-crisis thinking on the regulation of shadow banking on its head. After Lehman regulators around the world agreed to curtail banks’ involvement in shadow banking, but recent policy initiatives frame shadow banking not as a source of systemic risk but as a crucial prerequisite for restoring sustainable growth in Europe. The Capital Markets Union (CMU) proposals aim to transform shadow banking into stable market-based finance, linking investors and savers with growth and employment. As the consultation phase has come to an end, it is clear that the CMU agenda will revive the two markets systemic to shadow banking – securitization markets and repo markets (where banks borrow short term against collateral). Two concerns arise. First, in its current form, the CMU is unlikely to advance its stated objectives. Second, the CMU risk undermining other efforts to regulate (shadow) banking.

The CMU vision is securitisation-led growth, where tradable debt connects institutional investors with entrepreneurs in SMEs and elsewhere. Since European banks need to reverse the excessive pre-crisis expansion, market-based financing alone can meet the capital needs of companies throughout Europe. Revived securitisation markets are expected to free up bank balance sheets, create liquid mediums for institutional investors to hold; and spur SME lending and infrastructure investment.

However, the CMU is unlikely to achieve much vis-a-vis these objectives if it creates new and sharpens existing sources of financial instability. If “simple, transparent securitisation” is the panacea, why haven’t markets embraced it already? Could it be the opaque legal engineering and tranching that makes securitised products attractive to investors? In this perspective, recent suggestions that public bodies -such as the European Investment Bank –  could guarantee junior and mezzanine tranches of synthetic securitisation suggests that the concept of ‘simple, transparent’ securitisation may be loose its original intent, and socialise private risks (again).

Furthermore, where securitised products are funded through repo markets, systemic risk increases. If collateral is allowed to flow freely, as envisaged by the CMU, well-known effects of procyclicality and interconnectedness will increase considerably.

The CMU’s rethinking of shadow banking encourages us to think of market liquidity as a key prerequisite of financial market efficiency and economic growth. But recent crisis experience shows that market liquidity easily evaporates in times of crisis. This is why regulators have recognised that the complex, volatile market liquidity and excessive leverage funded in repo markets are two sides of the same coin. Freely flowing collateral would make liquidity more not less fragile. This is why the Financial Stability Board (FSB) has proposed a framework for reducing the systemic vulnerabilities of the repo-liquidity nexus.

Although the CMU ostensibly aims to reduce banks’ dominance in European finance, it risks achieving the opposite. Bank separation proposals are currently at risk because the banking industry is gently persuading policymakers that such measures would undermine its role as market makers and providers of market liquidity. Since the CMU increasingly organise European finance around market liquidity, it may inadvertently increase the systemic importance of banks.

Assuming that the CMU is irreversible, we urge careful thinking on three issues. First, how can new securitisation be organised so as to best promote transparency and contain systemic risks? A pan-European regulatory agency tasked with standard-setting and prudential oversight could prove essential. Direct supervision of European capital markets should not be considered an “unhelpful distraction” that adds little to well-functioning national supervision, when national supervisory approaches are far from either convergent or consistent. On the contrary, it is worrying that European member states dismiss the cross-border nature of systemic risk only six years after the crisis of global finance. It is worth remembering that the same arguments about national supervision of large European banks left member states woefully unprepared for the crisis of European banking after Lehman.

Second, the CMU should be accompanied by fundamental reforms of European repo markets, adopting the original FSB proposals (universal minimum haircuts) that targeted the sources of procyclicality and excessive leverage across all types of securities financing transactions. Otherwise, the reporting and transparency framework proposed by European regulators will have limited structural impact.

Last but not least, European regulators would be well-advised to consider the desirability of less liquid markets that create incentives for buy-to-hold investors.