EU institutions are encouraging the development of distressed debt markets, thereby meeting banks’ needs while opening up profit opportunities for private equity investors and debt collectors. We are witnessing the ongoing financialisation and marketisation of distressed debts in Europe

This two-part article is part of a joint guest blog series on Untold Stories of Debt in Europe organised by SPERI and Finance Watch.

In the first part of this piece, I showed that in the so-called European ‘periphery’ the austerity-driven social reproduction crisis resulted in alarming numbers of indebted households and companies struggling to pay their debts. This caused ‘non-performing loans’ (NPLs) to reach worrying volumes, particularly in 2012-2015.

As part of its efforts to help banks tackle this bad debt overload, the European Commission proposed in 2018 to develop secondary markets for NPLs. Responding to European Central Bank (ECB) concerns that these markets are ‘often underdeveloped’, the new Directive intends to ‘remov[e] undue impediments’ to the sale of troubled loans and the outsourcing of loan servicing. In plain terms, the legislation would facilitate the trading of NPLs and the cross-border activity of debt collectors.

The Commission is known for promoting financial markets – most recently, capital markets – and the marketisation of debt claims. The NPL regulation indicates a step further in this direction. The current situation is testimony to certain limits of financialisation whereby financialised households are no longer able to ‘make good’ on their debts. The promotion of distressed debt markets reveals a willingness to marketise and capitalise on these very limits.

Importantly, these bad debt markets represent an ‘opportunity out of adversity’ for financial corporations. There has been a surge in European NPL trade deals in recent years. Spain and Italy totalled 74 transactions in 2016, and 2018 was a record year for NPL sales, with €205 billion worth of distressed debts exchanged in Europe – higher than the 2018 Greek GDP. 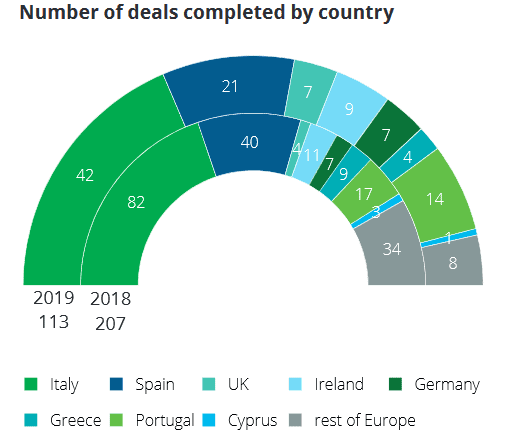 The buy-side of the NPL market – firms that purchase NPL portfolios from banks – is highly concentrated, and dominated by private equity investors. In Europe, these types of investment funds are the most active investors, with twenty of them accounting for nearly half of the market share. Interestingly, and despite the EU’s insistence on the European benefits of NPL markets, the top four buyers of European NPLs over the period 2014-2019 are from the United States (US). All four – Cerberus, Blackstone, Lone Star and Goldman Sachs – are global investment firms.

NPL sales are highly ‘financialised’ transactions. They often involve complex securitisation structures, and tend to satisfy shareholders on both the bank’s and the investor’s sides. The ‘largest ever private bilateral NPL transaction in Italy’ is a good example in that respect.

In 2017, Pimco and Fortress, two major US-based asset management firms, acquired €16.2 billion of corporate NPLs from Italian bank UniCredit. The deal, named Project FINO, involved the transfer of the bad loans to two securitisation vehicles in which Pimco and Fortress became majority investors. Pimco and Fortress benefited directly from the ‘troubled nature’ of the loans: they were sold at a highly discounted price (13% of their gross book value), resulting in a €8 billion loss for UniCredit. However, the bank considered the transaction worthy as it ‘de-risked’ its balance sheet and allowed ‘greater value creation for shareholders’. And indeed, the bank’s shares rose following the announcement of Project FINO. If all parties involved deemed this transaction a success, the indebted corporations whose debts were sold are still required to pay – not to one but several different creditors.

As banks have increasingly sought to ‘manage’ their NPLs, the loan servicing industry has grown in Europe. There are at least 47 loan servicers operating in the EU, a large majority of which deal with non-performing loans, including residential mortgages. These loan servicers had about €508 billion of loans under management in 2016.

Although 15 out of these 47 are headquartered in the US, there are a few giants among European loan servicers, such as EOS (from Germany), Hoist Finance and Intrum (both from Sweden). Yet a headquarter-type of classification does not fully capture the current dynamics in the loan servicing business, which is becoming closely intertwined with the private equity business. Indeed, many loan servicers in the EU either have been bought by investors, have grown to become investors themselves, or have been created via joint ventures between banks and loan servicers or investment funds.

The case of Greece is illustrative of these trends. In 2014, US private equity fund KKR considered that NPLs constituted one of the ‘interesting opportunities [in] spicier markets like Greece’. Four years later, KKR teamed with Greece’s four largest banks – Piraeus, Alpha Bank, Eurobank and National Bank of Greece – to invest in ‘one of their big troubled borrowers’. KKR’s Pillarstone unit took over the servicing of €150 million of NPLs made by the banks to Notos Com Holdings, a company running department stores and a wholesale fashion business.

In 2019, Intrum Hellas, a co-ownership between loan servicer Intrum (80%) and Greek bank Piraeus (20%) became the ‘biggest independent loan servicer in the Greek market’. The new firm is in charge of, or in some cases further outsources, the management of Piraeus Bank’s €26 billion non-performing exposures and real estate assets. By comparison, the rest of the licensed loan servicers in Greece managed a total of €17.5 billion NPLs as of June 2019.

In fact, before 2014, the Greek loan servicing market was primarily composed of Greek debt collection agencies and legal firms. A new ‘NPL law’ in 2015 marked the beginning of ‘a rapid increase in loan servicer licences’ with 18 issued as of 2019 and a dozen others to be issued.

Such a drastic evolution is not restricted to Greece. These types of ‘loan servicing platforms linked with NPL private equity investors’ are common throughout Europe. Examples include Capital Home Loans and Haya Real Estate, owned by Cerberus; Pepper, HipoGes and Pillarstone, owned by KKR. Taken together, these hybrid loan servicers are active in the UK, Ireland, Spain, Italy, Portugal, Greece and Cyprus. In spite of promises that these firms are committed to ‘amicable solutions’ with debtors, new evidence shows that debt collection malpractices are widespread across Europe. Further research is needed to assess how changes in debt ownership and servicing structures affect debtors’ rights and the possibility for debts to be cancelled at all.

The financialisation of a social reproduction crisis?

Financialisation is defined as ‘the increasing role of financial motives, financial markets, financial actors and financial institutions in the operation of the domestic and international economies’. In the case of NPLs, financial ‘regulators’ in the EU are promoting the development of markets for NPL sales and servicing, which open up profit opportunities for a variety of financial actors such as global investment funds and loan servicers, who are well represented by powerful lobby organisations.

Distressed Debts and the Crisis of Social Reproduction in Europe 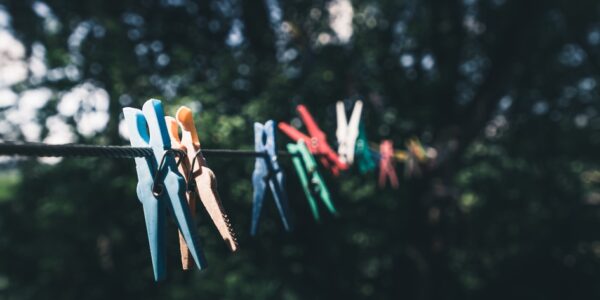 Personal debt is a feminist issue