This blog post looks at how perception can complement historical data in measuring and promoting change and how this thinking has been applied to the GGFI.

Perception is a natural part of observation and measurement. In finance, a large number of indices and benchmarks rely on the opinions or perceptions of people in a market, such as the Baltic Exchange, or the potash and coal markets, where benchmark prices are set by polling market participants on their price expectations.

Indices that are based on historical transactions also embed some element of perception: benchmarks such as the Dow Jones or DAX 30 are calculated by multiplying the number of shares outstanding by their closing prices. But the closing price of a share is only the value as perceived by the last two people who traded it. Other people may have different views, and large stake sales or takeovers are almost never executed at the previous day’s closing price.

Photo by patricia serna on Unsplash

The story is similar outside of the financial sector. Someone trying to identify the world’s biggest shipping port, for example, might look for empirical data on capacity such as the number of container (TEU) movements, the physical area covered by the port, or the number of berths. But empirical measurements still involve perception and judgements. Should we count transhipments as well as imports and exports? Does port area include only land, or also water? How do you account for differently sized berths?

Selecting which metrics to use is itself an act of judgement, incorporating a subjective view about which data is reliable and relevant to answer the question. If the decision-maker has a particular view on how the size of ports ought to be measured, their choice of metrics is likely to reflect that outlook.

For any index provider, choosing whether to use historical data or informed judgements about the future will depend on the audience and objectives. A house price index based on last year’s historic transactions could give very different readings from one based on informed judgements of next year’s prices; an official from the land registry and a land speculator would probably choose different metrics.

In green finance, activity levels are small compared with the overall market but are growing quickly. A balance of historical and forward-looking metrics should, therefore be more useful than either approach on its own. Historical data on green finance assets is beginning to emerge but remains patchy.

For example, there is no official data on the proportion of green bonds listed on each exchange; data often comes with a long time-lag (in markets that can double in a year); and rules for labelling and reporting ‘green’ assets vary widely between countries. There are many other gaps beside these.

There are also definitional problems. If a green bond is issued by a French company, underwritten by American banks and listed on exchanges in Luxembourg and London, which financial centre should the bond be attributed to? How meaningful is that attribution, given the global nature of many financial institutions and the aim of encouraging green finance uptake across the board?

The alternative to historical data is to use informed judgements about the future, but this approach also has its complexities. As Professor Michael Mainelli from Z/Yen explains: “an informed judgement index needs to find ways of ‘normalising’ a diversity of short-term adjustments, for example a lack of known underlying trades at a point in time, or diverse product sources and destinations, using arithmetic approaches, statistical approaches, panels, ‘model’ contracts, or weightings.”

Our approach in the GGFI

Our approach with green financial centres is to use perceptions as the core data and minimise subjective judgements elsewhere. The GGFI thus gathers informed judgements about the depth and quality of the green finance offerings in the financial centres that respondents know – typically around 5 per person – and then applies “factor assessment” to complete the data set. 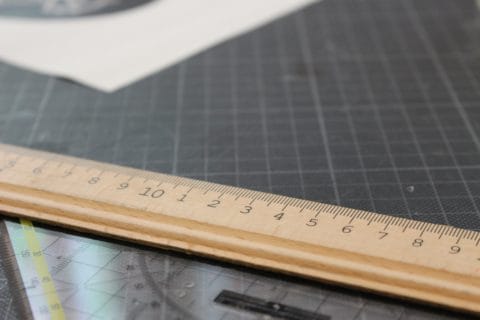 Photo by Christian Kaindl on Unsplash

Factor assessment is a statistical technique to analyse survey responses against a large set of quantitative data and look for correlations. These are then used to predict the ratings for unrated centres using the correlations that already exist in the survey data.

The technique is used in medicine and industry and has predictive accuracy above 90%. Using it here allows us to bridge the gap between available historical data and forward-looking survey data.

There is also a practical reason to focus on perceptions: the way people think is a big factor in changing behaviour.

Before organisations such as Carbon Tracker began talking about stranded assets – the idea that assets such as oil or gas reserves may become worthless if climate change policies prevent them from being used commercially – many professional investors did not consider the financial risk of owning such assets. But now that perceptions about the role of fossil fuels and climate change have evolved, investment portfolios are changing too. Well-known fossil dis-investors such as New York City and the Norwegian sovereign wealth fund have been joined by more than 800 pension funds, cities, universities, foundations, churches and other organisations in exiting fossil fuel investments.

People’s perception can thus be a powerful force for change and knowing what those perceptions are is the first step.

The comparison between perception and historical data can also be useful. Measures of “green intensity”, which compare green finance with overall financial activity levels, show how far there is to go before financial centres can be said to support a sustainable economy. Historical data shows a green intensity of 2% or less in some asset classes. This stands in stark contrast to the perception that penetration rates for green finance are 30% or more, as revealed by the GGFI survey, even allowing for the time-lag.

Such a difference can illuminate people’s thinking. Whether it reflects optimism or complacency, or something else completely, it will enrich the feedback for policymakers as they develop sustainable finance policies.

The GGFI joins a growing list of initiatives that aim to encourage financing for a sustainable economy, including: UNEP FI’s Positive Impact Initiative; UNEP’s Financial Centres For Sustainability Initiative; the Climate KIC, I4CE and PwC Benchmark of the greenness of financial centres; and UN PRI’s Sustainable Stock Exchanges Initiative.

The first edition of the GGFI, to be released on 14 March 2018, will provide a valuable catalyst and complement to these initiatives.

Greg Ford is a Senior Adviser at Finance Watch