Disclaimer: This post was first published on the COFACE Families Europe website and also appeared in the organisation’s May 2022 newsletter.

Since the CCD came into force in 2008, the EU consumer credit market has changed a lot. New and currently unregulated consumer credit products have emerged in an increasingly digitised market such as payday loans, buy-now-pay-later schemes, and deferred debit cards. These developments and the fact that some key lending practices such as creditworthiness assessments were not adequately addressed in the original legislation have created considerable risks for consumers, hitting vulnerable citizens the most and contributing to over-indebtedness in Europe.

As policymakers in the European Parliament and Council are currently finalising their positions on the file, Finance Watch urges them to consider the following recommendations:

As shown in a recent Finance Watch study on the EU consumer credit market, the new, unregulated consumer credit products mentioned above are mostly low in value (under 200 euros) and are largely purchased by lower-income consumers. These products are the riskiest credit products as they are associated with high costs and fees, especially in relation to the low incomes of the consumers to whom they are sold. There is ample evidence showing that consumers often struggle with repaying these types of loans. 80% of low-income payday loan consumers in the Czech Republic, for example, tend to roll over or take out multiple payday loans because of difficulties in repaying their loan.

Therefore, it is key that all of these new credit products are not only brought into the scope of the Consumer Credit Directive but that the full CCD regime is applied to them. Currently, there is an intense debate amongst policy makers both in the European Parliament and the Council about whether to exempt these products from certain provisions of the directive or apply certain provisions only in a ‘light’/watered down manner. The argument used by those in favour of this approach is that applying the full CCD regime is not proportionate to the small size of these credits. Given their high risk for their target customer base, however, applying a lighter regime for these products, in particular with regards to key provisions such as creditworthiness assessment rules, will only leave vulnerable consumers unprotected and increase the risk of them becoming over-indebted.

Creditworthiness assessments (CWAs), which assess a borrower’s ability to afford a loan, is one of the key tools to avoid mis-selling of consumer credit products and over-indebtedness. An adequate CWA  evaluates a consumer’s household budget, which is based on data of the consumer’s income and essential expenditures, as well as ongoing credits/debts. In addition, a sound assessment is independently verifiable and is only deemed positive if the consumer will likely meet the repayment obligations. As evidenced in the recent Finance Watch study on the consumer credit market, however, in 62% of the cases a proper analysis of a household’s budget is not performed. Moreover, in 58% of cases, no supporting documents are requested to verify the information/data provided by the consumer for the CWA.

In light of this, policymakers need to specify in the directive what kind of financially relevant data needs to be taken into account to ensure a sound creditworthiness assessment is performed. An assessment that is both thorough and cost-efficient is possible without lowering requirements and thereby putting consumers at great risk. Thanks to Open Banking, a banking practice that provides third-party financial service providers open access to consumers’ bank account data, a thorough CWA can be done within only 60 seconds, with costs for the creditor ranging only between 50 cents and €1.

Consumer credits often come with egregious costs, in particular small loans, which are mainly sold to vulnerable consumers. These costs are often not included in the interest rate but in additional charges and ancillary services. Therefore, there is a need to oblige credit providers to set caps for the APR as this cost element covers all costs related to the credit agreement.

Failing to protect vulnerable consumers will only exacerbate their financial distress amidst an already difficult economic situation.

Eurostat data from October 2021 on poverty confirmed that “around one in five people in the EU were at risk of poverty or social exclusion”. Given the current trends in energy price-driven inflation, this risk might increase even further. This development makes the need for robust consumer protection measures in the CCD more important than ever.

The European Commission proposed some very important improvements for consumer protection in their legislative proposal on the Consumer Credit Directive from June 2021. For example, the proposal expanded the scope of the directive to all of the new, unregulated small value loans. The elected officials in the European Parliament and the Council now have a duty not to water down these proposed improvements but to instead introduce further upgrades for consumer protection in areas where the Commission’s proposal fell short such as further strengthening CWAs. If they fail to do so, this will be a missed opportunity to protect vulnerable European citizens from financial distress, in particular amidst the current already difficult economic situation.

The EU should tackle exploitative consumer loans head on 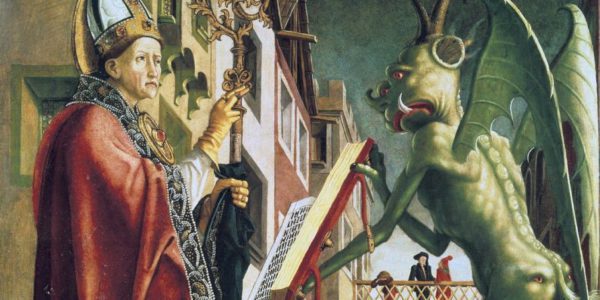 Consultation response on the Evaluation of the Consumer Credit Directive

On 8 April 2019, Finance Watch responded to a public consultation of the European Commission that aims to gather views of all relevant stakeholders on the functioning of the 2008 Consumer Credit Directive (CCD).