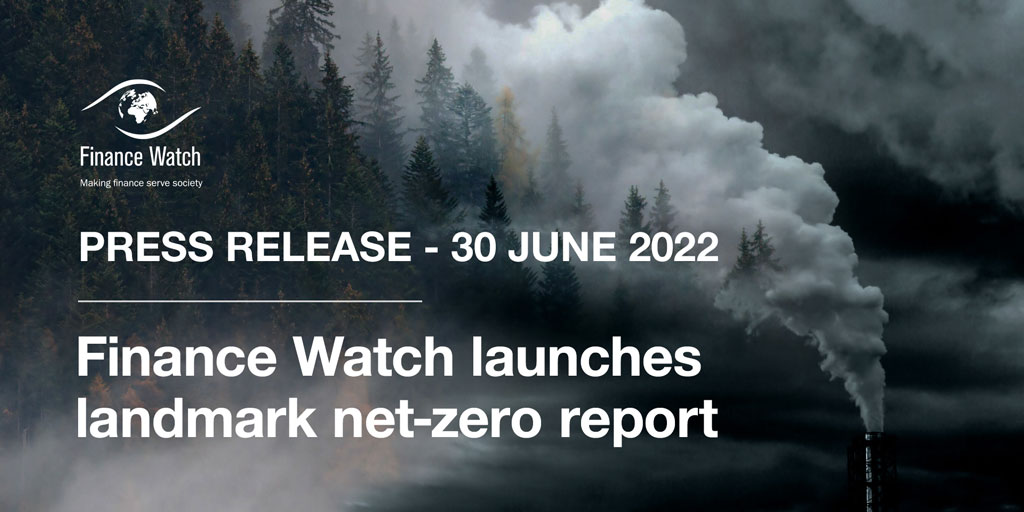 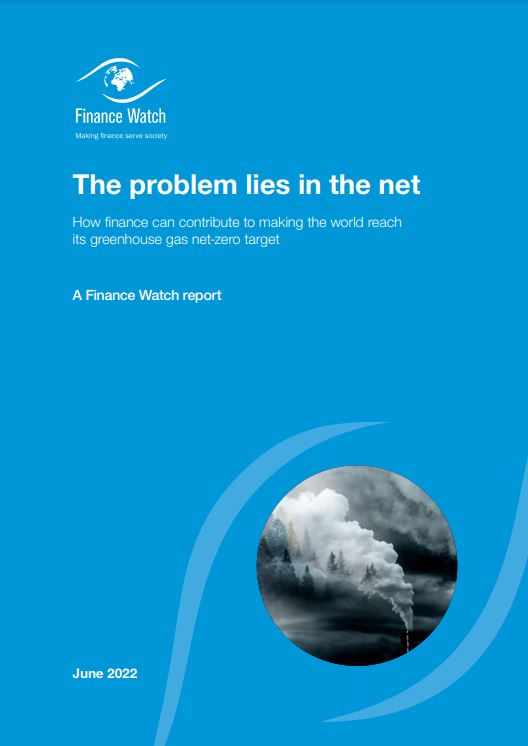 Among myriads of dubious industry “net-zero” claims, Finance Watch proposes concrete policy measures to make the net-zero concept meaningful, drive progress to net-zero in the real world and harness the stewardship powers of the financial sector to decarbonise the real economy

As TotalEnergies is investing $10 billion in a new oil field project in Uganda[1], Equinor – a Norwegian oil giant – has received approval to begin drilling off the coast at Bay du Nord[2]. Both fossil companies claim to be “Net Zero aligned” while their actions challenge the International Energy Agency, who has stated all new fossil fuel investments must stop immediately to reach net-zero by 2050.

The need for an ambitious definition of the net zero concept

Both companies use the same talking point in justifying these new projects – they calculate as their business grows, they will invest in less carbon intensive activities. They count this as ‘reduced emissions’, even though overall absolute emissions keep increasing.

This example of creative accounting allows the energy companies and financiers of fossil fuel projects to say more absolute greenhouse gas emissions are somehow compatible with a climate neutral economy.

And when you look into it (Finance Watch has done this for you, read our new report), there are more accounting tricks, such as not including scope 3 emissions, counting carbon offsets and including ‘avoided’ emissions. This creates confusing and misleading claims about net-zero, rendering the concept ineffective, when the carbon budget of the planet could be exhausted by 2030.

There isn’t any time to delay as the total absolute emissions of the real economy must be reduced immediately.

The decarbonisation of financial portfolios will not decarbonise the real economy

Financial sector players have created a patchwork of net-zero alliances including NZAOA, NZAMI, NZBA, NZIA, NZICI, NZFSPA and GFANZ. These alliances seek to decarbonise financial portfolios using a whole variety of (dubious) methodologies. However, we argue for technical reasons, there is a structural limit to what the financial sector can achieve this way:

This shows the limit of the decarbonisation of portfolios. Interestingly, in its Financial Sector Science-Based Targets Guidance, the SBTi raises the same doubt – “the SBTi recognizes that there is a lack of clarity about which FI actions could lead to greenhouse gas emissions in the real economy”. This diplomatically expresses strong doubt that portfolio decarbonisation can lead to a decarbonisation of the real world. Sooner or later, such efforts to make mainstream investing diverge from a GHG-dependent economy will reach their limits.

If portfolio decarbonation won’t make a real difference, financiers have another tool at their disposal – the power of stewardship. Equity owners can influence non-financial companies through shareholder engagement, while lenders, insurers and private investors can influence companies by imposing conditions and “covenants” along their financing lines.

Through different markets, participants have long imposed financial covenants to protect their interests. This should be extended to include climate covenants, which would be mandatory for any financial institutions claiming an ESG, climate-oriented or net-zero status. It would systematically make financing conditional on the adoption and execution of a customer’s transition plan.

The covenants would enable the financial institution to exert pressure on the financed company (for example, through increasing the cost of capital provided, discontinuation of financing etc.). The incentives and coercion that such a mechanism could provide would make net-zero transition an instant priority and game-changer in the ability of financial institutions to contribute to the decarbonis ation of the real economy. Then only, would financiers’ claims to contribute to net-zero in the real economy be verifiable.

The role of supervisors in standardising and enforcing net zero plans

Furthermore, it is crucial that supervisors’ existing duties around information disclosure are expanded to include climate-related information, both to protect investors from the current confusion about net-zero and to avoid significant climate-related financial risk.

They will also need powers to require non-financial companies to disclose the transition pathways they used to create their plans, including intermediate targets every five years to 2050 and to impose sanctions for companies which fail to adopt these plans.

For financial companies, supervisors will need competencies to enforce financial services which claim an ESG, climate-oriented or net-zero status. These will need to be fully taxonomy-compliant, involve a robust engagement plan or include suitable climate covenants. Finally, there is a role for supervisors to control the quality, type and duration of carbon offsetting techniques, to avoid double counting of carbon credits, and manage the authorisation of certifiers.

All our detailed policy recommendations can be found in the executive summary of our new report.

With only a few years remaining to stabilise atmospheric CO2 at safe levels, the world economy remains strongly addicted to GHGs. Loose definitions of net-zero or unrealistic hopes for portfolio decarbonisation can only make us lose precious time. Finance Watch calls on European policymakers to significantly raise the ambition of the sustainable finance agenda by giving back net zero its meaning.