Cover Photo by rawpixel on Unsplash

We need to overcome the narrow focus on consumer education and promote the kind of financial literacy that could form the basis for encouraging citizens to promote political activism and policy change, especially now that the regulatory cycle seems to have come to an end, write Moritz Hütten and Matthias Thiemann from the Goethe University Frankfurt.

Financial literacy can never be neutral, because it draws on conflicting economic theories. So it matters who designs financial education.

The concept of mainstream financial literacy promoted by the financial industry reduces citizens to the role of individualistic consumers, operating in supposedly well-functioning markets and accepting the financial system uncritically. It ignores market problems, rent-seeking or excessive risk-taking, even when these have potentially devastating consequences for society. 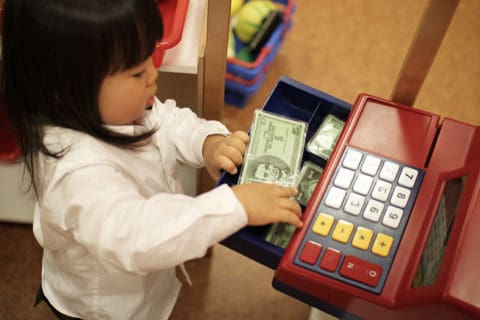 Instead, we need a critical financial literacy that empowers citizens to act as consumers and as political citizens, so they can question the appropriateness of finance to solve societal problems such as demographic change and help to shape regulation.

NGOs can promote critical financial literacy by helping citizens understand the regulatory process and by fostering civil society involvement. Citizens can be more than just consumers acting alone, they can act through coalitions to pursue policy change, for example challenging financial complexity instead of being forced to adapt to it.

In today’s world, citizens must face ever more far reaching financial choices affecting themselves, their loved ones, and financial markets as a whole. The financial landscape becomes increasingly complex, so much so that even regulators are sometimes at a loss. How can citizens navigate this challenging terrain? Ever since the financial crisis, the view has prevailed that the best way to enable citizens to deal with this situation is through education. Citizens must adapt to the situation they are facing. They must be educated and empowered by learning about the pitfalls and dangers of this landscape until they become firm in finding safe passage on their own. Financial literacy is hence seen as the answer.

Increasingly, the OECD and partners from the public and private sectors view consumer conduct as a factor severely impacting financial stability and future prosperity. Concerns about consumer education have been present before the crisis, but the crisis worked as a catalyst for pushing the issue on the agenda. Advocates of financial literacy have identified the crisis as a “teachable moment” giving them the chance to convince the population of the need for improving financial skills and knowledge, as well as developing long-term programs and partnerships in this field. Furthermore, framing consumer conduct as contributing to financial (in)stability has elevated the perception that providing consumer education not only benefits the individual, but is in the general interest by limiting “negative spill-over effects” caused by irresponsible individuals and groups. Consequently, uneducated consumers endanger not only themselves but other members of society as well.

What is there not to like about financial literacy?

The basic question to start from is: what is there not to like about financial literacy? When looking at superficial descriptions of financial literacy, much of it sounds like an activist dream. Educating citizens in how the financial system functions has been a long standing goal of civil society organizations and other activist groups. Under the aegis of the OECD, transnational networks develop committing funding and resources to the explicit goal of promoting knowledge about the financial system. So, what could be wrong in this picture? Upon a closer look it becomes clear that it is impossible to promote such a thing as a neutral financial literacy. Programs of financial literacy call for developing neutral and objective materials for teaching consumers about finance, but such a demand is impossible to fulfill because there is a broad set of conflicting economic theories and approaches from which such programs must select their content.

Yet such programs do not do justice to the diversity and plurality of economic thought that could inform the content of financial literacy. Instead, they promote a very particular understanding of what it means to be financial literate, ignoring the fact that education is necessarily political. Literacy is a choice about what constitutes valid knowledge and what does not. It also endorses certain actions and reflections over others.[1] In the broader sense, financial literacy can be understood as a Foucauldian project of governmentality (Foucault 2009)[2]. On the microeconomic level financial literacy attempts to produce and institutionalize forms of knowledge and guidance that make citizens live up to the idea of a rational and information processing consumer-citizen. On the macroeconomic level, it’s the attempt to fit the consumer to broader developments and shifts such as the individualization of risk and the dismantling of the welfare state. However, such developments are accepted as a natural fact of life which does not require any critical examination, but instead must be accepted as given. Consumers must adapt or go under in the light of these bigger shifts. What does it mean for citizens taking an interest in finance?

While Civil Society Organizations and activists focusing on the financial system are greatly in favor of teaching citizens about finance and its role in society, programs of financial literacy seem to be grossly at odds with this goal. While the financial literacy mainstream evokes ideas of empowerment, such programs are strictly focused on consumer education. Citizens are continuously framed as consumers, subsequently imposing strict limits on what becomes accepted as valid knowledge and conduct. In this arena, change comes from educated consumption. Consumers are individuals who must seek to minimize the disturbance they cause towards the financial system and maximize their own well-being by making the right consumption choices. However, viewing citizens only as consumers poses grave dangers. In the world of the financial literacy mainstream, citizens are always individual consumers. From this perspective, there is no possibility of promoting legitimate and collective political action pressuring for regulatory change in the financial system. Under such conditions, tales of empowerment are quick to turn into programs contributing to moralizing poverty and shifting the blame on the consumer.[3]

But what can citizens do when the world does not run according to textbook rules? Isn’t there another dimension of financial conduct that should be considered? Any financial literacy that aims to be serious about promises of empowerment must include strategies for citizens to shift gears when confronted with an unfair and opaque system not providing them with the chance to make a right decision. Yet, financial literacy programs are predominantly informed by a micro view of finance that ignores the societal dimension of finance, the rent-seeking that is occurring in that sector, the possibilities for increased risk taking of the financial sector and its potentially devastating consequences for society. Empowered citizens require a realistic understanding of how financial regulation and political change works, not by waiting for it to happen, but by taking an active role in making it happen.

A tale of two citizens

NGOs must play a role in shaping programs of financial literacy and pursue an alliance with critical academics to push for a critical overhaul of such programs. The discrepancy between the proclaimed goals and content and scope of these programs is a starting point for interventions by NGOs. However, it is not enough to notice shortcomings; instead, NGOs should seek to re-politicize financial education and thus help increase the salience of a critical political engagement with the realm of finance, including regulatory issues.

In order to facilitate such actions and truly empower citizens, critical financial literacy programs need to provide a realistic understanding of the regulatory process and agenda setting. They also need to consider aspects for fostering involvement in such civil society interventions, as well as upping the salience of regulatory financial issues. We can draw on research tackling these questions. While activism toward the financial system is still more limited than in other areas such as ecological matters, some success stories about financial matters can be found. Instead of assuming links between good consumption and the betterment of the industry, we can turn to empirical evidence on the successful action of civil society groups pressuring for change in the financial system.

For example, we can look at the success of Americans for Financial Reform mobilizing a broad-based pro-reform movement pressuring policy-makers to actively pursue policy change making a strong contribution to the enacting of the Dodd-Frank-Act.[5] Yet we find that the most substantial aspects allowing for AFR’s campaign to succeed are virtually absent from programs of financial literacy: coalition building, actively pursuing and pressuring for policy change, and challenging rather than adapting to complexity. Furthermore, the Trump administrations now seeks to undo much of what was achieved by the Dodd-Frank-Act, highlighting how civil society must continuously sustain pressure if it wants to have a say in finance.

We argue that stakeholders in critical financial literacy, that is CSOs can draw on their experience and the growing body of research on activism in the financial sphere. Rather than just assuming outcomes and defining conditions a priori, they can focus on the desired outcome of good regulation and individual empowerment while working their way backward towards identifying the conditions fostering such outcomes. While we have seen some success from civil society organizations in the aftermath of the crisis, it also reminds us about how the regulatory cycle seems to have come to an end, cutting off civil society from the regulatory process once again in light of waning salience of financial regulatory issues. A critical financial literacy must contribute towards keeping these matters on the agenda.

[5] Kastner, Lisa. 2016. “The power of weak interests in financial reforms: Explaining the creation of a US consumer agency.” maxpo discussion paper 16/1

The temporary financialisation of refugees in Greece